Add to Lightbox
Image 1 of 1
BNPS_FoolsAndHorses_06.JPG 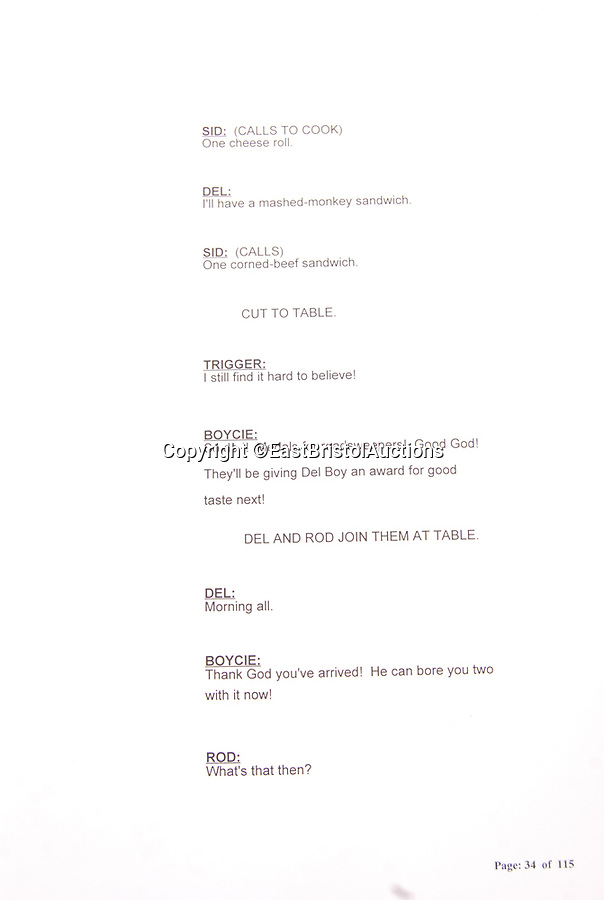 A script for the Only Fools and Horses episode 'Heroes and Villains' that was owned by Roger Lloyd-Pack has emerged for sale for £3,000.

Lloyd-Pack, who died in 2014, famously played the dim-witted road sweeper Trigger in the hit sitcom between 1981 and 2003.

Despite initially being a minor character he quickly became a firm fans favourite with his appearance in the one hour special particularly memorable.
©EastBristolAuctions 20 Nov 2019 1944x2896 / 408.8KB