Add to Lightbox
Image 1 of 1
BNPS_FlowergirlWillemienFinallyHonoured_05.jpg 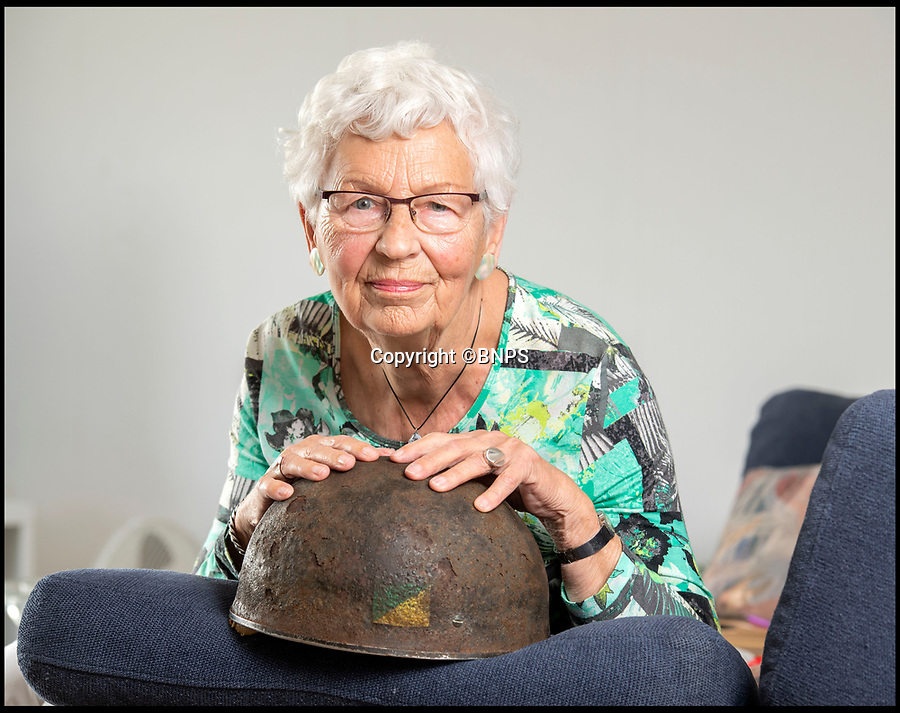 Willemein Rieken with the recently rediscovered helmet worn by Trooper Edmunds at Arnhem.

Arnhem flowergirl finally honoured - Willemien was suprised to be presented with flowers and a certificate by Parachute Regiment veterans at the weekend.

A Dutch woman who has tended to the grave of a British paratrooper killed at the Battle of Arnhem for 75 years has been presented with flowers from his regiment as a token of their gratitude.

Every year Willemien Rieken, 84, lays flowers at Oosterbeek War Cemetery in memory of Trooper William Edmond who was shot by a German sniper after landing in Holland in World War Two.

She was surprised at his grave by a member of Tpr Edmond's 1st Airborne Reconnaissance Squadron at a ceremony marking the 75th anniversary of the battle.
©BNPS 17 Jul 2019 4725x3742 / 1.5MB