Add to Lightbox
Image 1 of 1
BNPS_CommenceHostilities_02.jpeg 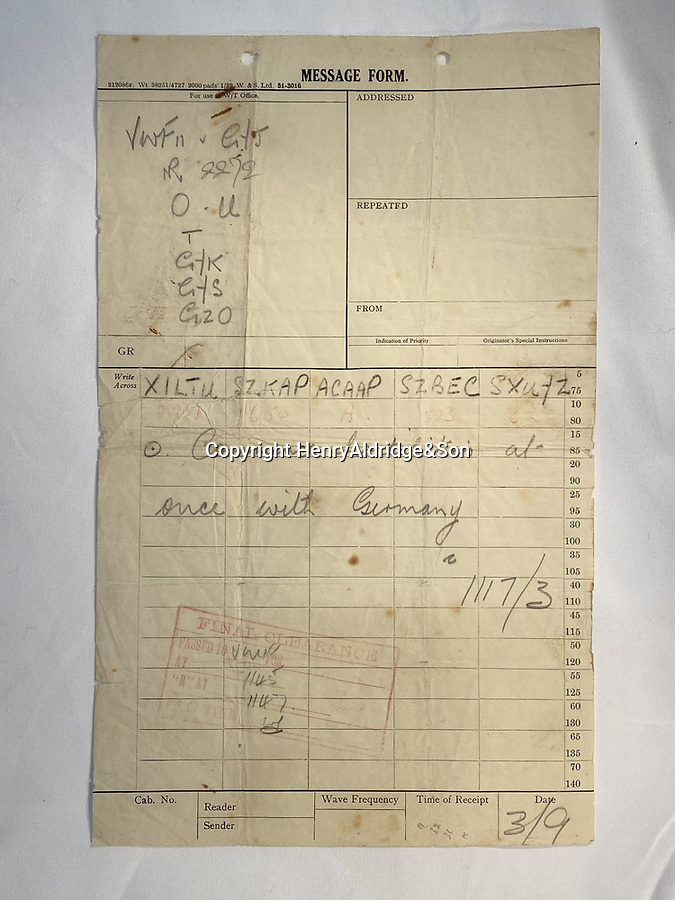 A telegram instructing Royal Navy ships to 'commence hostilities' against Germany just two minutes after the Second World War had been declared has been unearthed.

The coded missive was issued by the Admiralty in London to the Commander in Chief of the navy's home fleet at 11.17am on September 3, 1939.

An original copy of the order has emerged from the family of the wireless operator who took it down and dispatched it.
HenryAldridge&Son 11 Mar 2021 998x1331 / 829.4KB