Add to Lightbox
Image 1 of 1
BNPS_TheGodfatherCreatorsPersonalVault_10.jpg 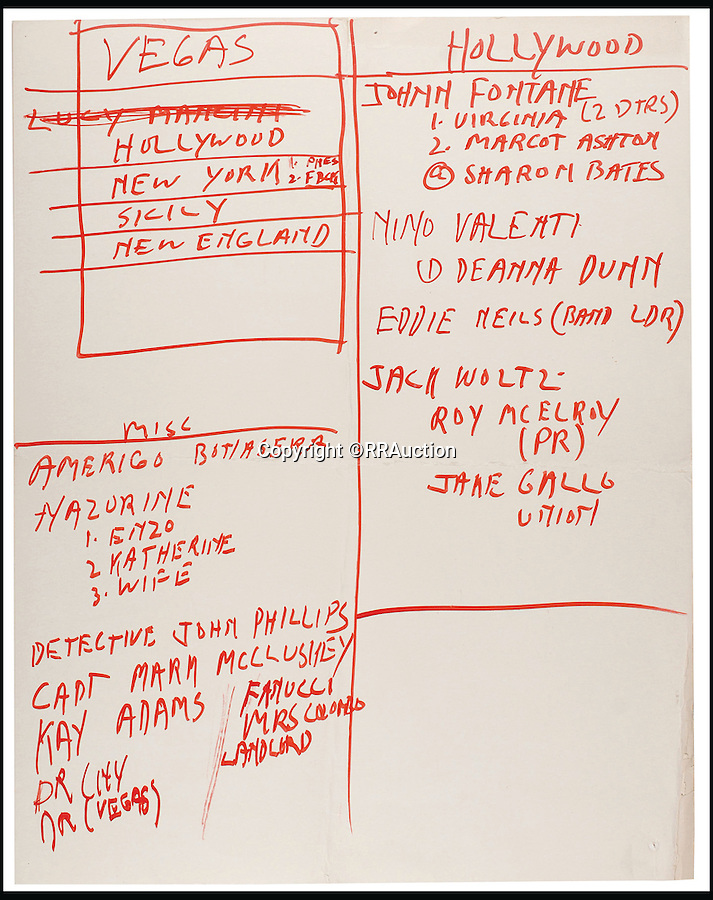 The secrets behind the production of cinema's greatest Mafia film have been revealed after the unsealing of The Godfather creator's personal vault.

A never-before-seen archive of scripts, screenplays and storyboards relating to the epic 1972 movie belonged to the late Mario Puzo, who wrote the Godfather as a novel three years earlier.

The documents contain Puzo's own annotations scrawled on early screenplay drafts for legendary director Francis Ford Coppola to consider, giving a glimpse into birth of some of cinema's most iconic lines and scenes. They are now being sold at auction for £300,000.
©RRAuction 31 Aug 2015 2873x3627 / 1.5MB