Add to Lightbox
Image 1 of 1
BNPS_FenwickTitanicCollection_09.jpg 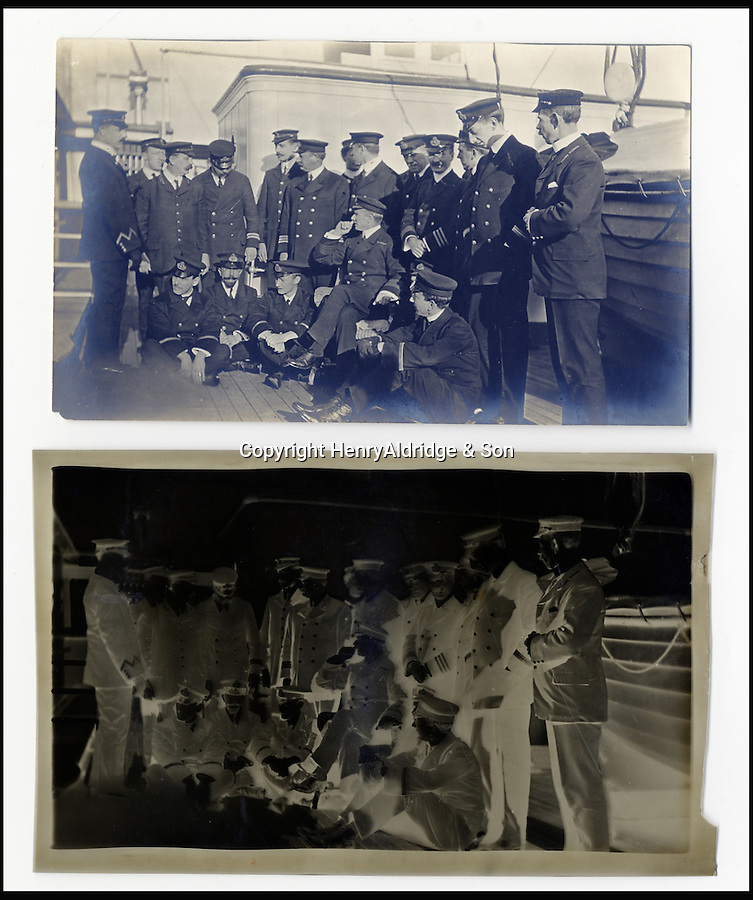 First generation original negative and photograph of Captain Rostron and his officers taken on the deck of the Carpathia shortly after the rescue.

A biscuit that survived the Titanic disaster in tact 103 years ago has now surfaced for sale for £10,000, also in the sale are original negatives taken by George and Mabel Fenwick.