Add to Lightbox
Image 1 of 1
BNPS_FerretGetsInRightMesh_02.JPG 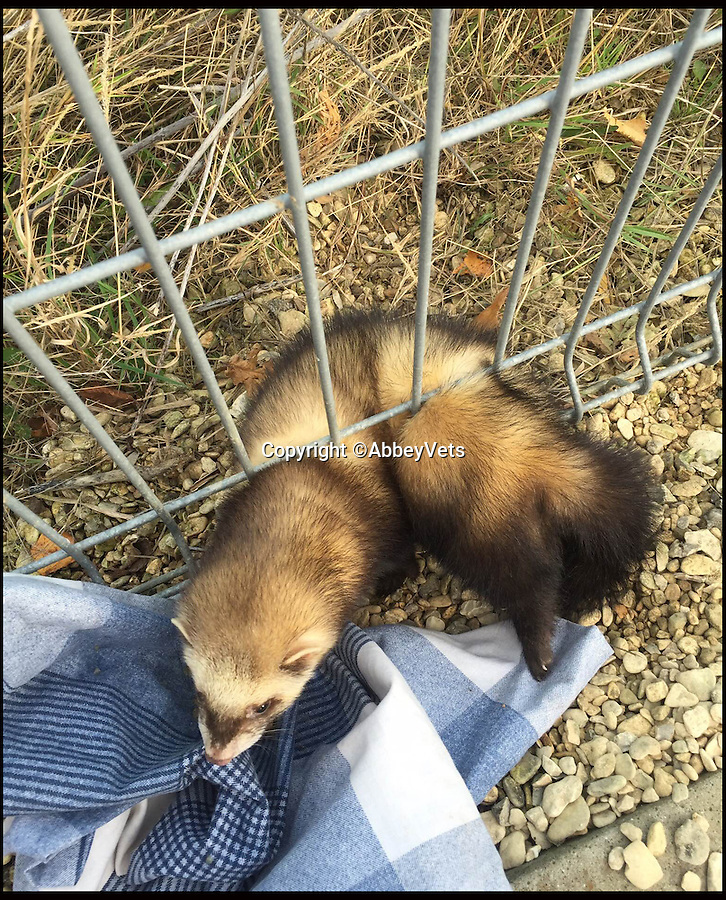 I think I Meshed up!

This fat ferret got into a right mesh after trying to scurry through a gap in a wire fence and promptly getting stuck.

The porky pet managed to wriggle halfway through the fence at a DVLA driving test centre in Ossett, West Yorks, but soon became trapped.

Instead of trying to back out of the hole the flexible ferret tried to make his escape through another gap only to find he was well and truly tangled.

The ferret was then taken to the Abbey House Veterinary Hospital in Leeds where vets managed to free it using a bolt cropper.SeabinProject/BNPS
©AbbeyVets 21 Dec 2015 1551x1922 / 1.3MB