Add to Lightbox
Image 1 of 1
BNPS_MuhammadAlisTrunksFromCooperFight_03.jpg 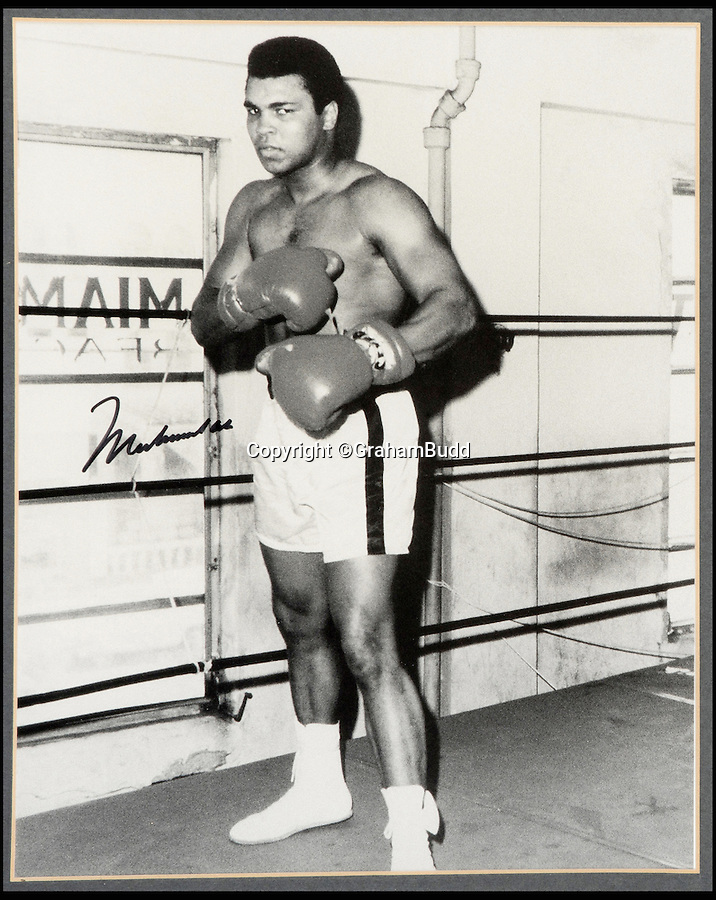 The boxing trunks worn by Muhammad Ali when he was famously floored by Sir Henry Cooper's devastating left-hook are set to sell for £90,000.

The self-anointed 'greatest' went crashing to the canvas after being hit by the Brit's trademark 'Enry's 'Ammer' during their bout in 1963.

Described at the time as 'the punch that shook the world' it was one of the few times Ali was ever knocked down and an iconic moment in the sport's history.

And now the trunks Ali was wearing on that famous night at Wembley Stadium are set to go under the hammer at Graham Budd auctions in London on November 7.
©GrahamBudd 7 Apr 2016 2141x2693 / 1.9MB