Add to Lightbox
Image 1 of 1
BNPS_JFKWhiteHouseWhale_01.jpg 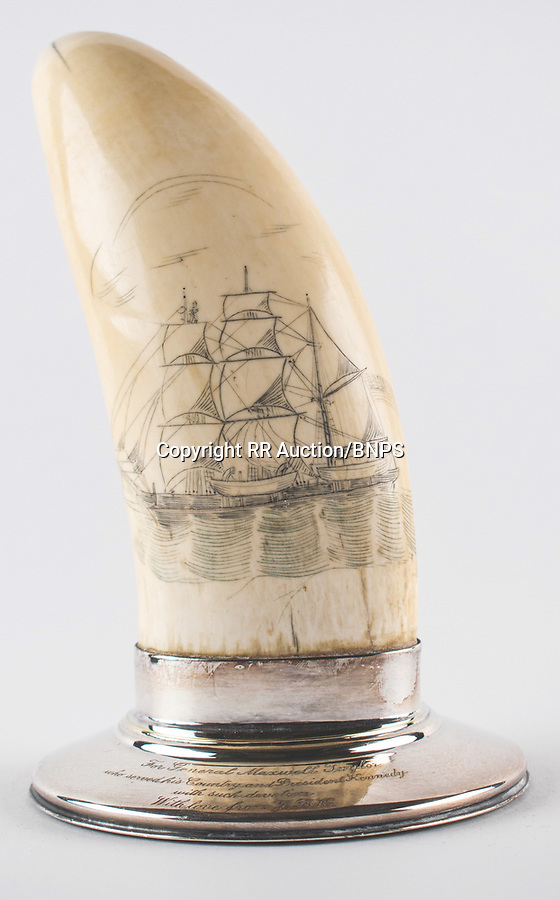 President John Kennedy was a passionate scrimshaw collector and this example took pride of place in the White House until his assassination in 1963.

A year later, his widow Jackie Kennedy gave it to an admired US general as a token of appreciation for his 'devotion to country and President Kennedy'.