Add to Lightbox
Image 1 of 1
BN_KissMeQuickPostcardSale_024.jpg 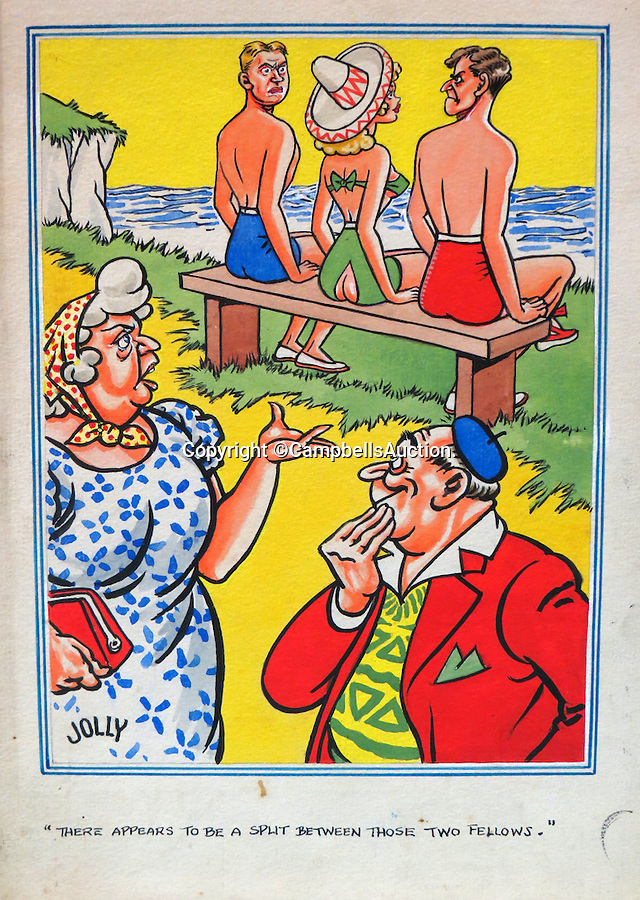 A gloriously non-PC set of original 'kiss me quick' style British postcards are coming up for auction.

A rare collection of original watercolours that were turned into saucy postcards of the halcyon days of the Great British seaside holiday have emerged for sale for £36,000.

The nostalgic cartoons are the work of artist Donald McGill, the undisputed 'king of the saucy postcard' who became as synonymous with the seaside as donkey rides, Punch and Judy and fish and chips.

McGill's postcards were sold in their millions at resorts around the country like Blackpool, Margate, Skegness and Cleethorpes where tourists would snap them up for their suggestive but harmless humour.

But the original watercolours from which the postcards were created were often discarded after use - and surviving examples are now incredibly rare and sought-after.

An archive of 60 original watercolours by McGill has emerged for sale after being put up for auction by a collector who has owned them for the last 30 years.