Add to Lightbox
Image 1 of 1
BNPS_Auctions_07.jpg 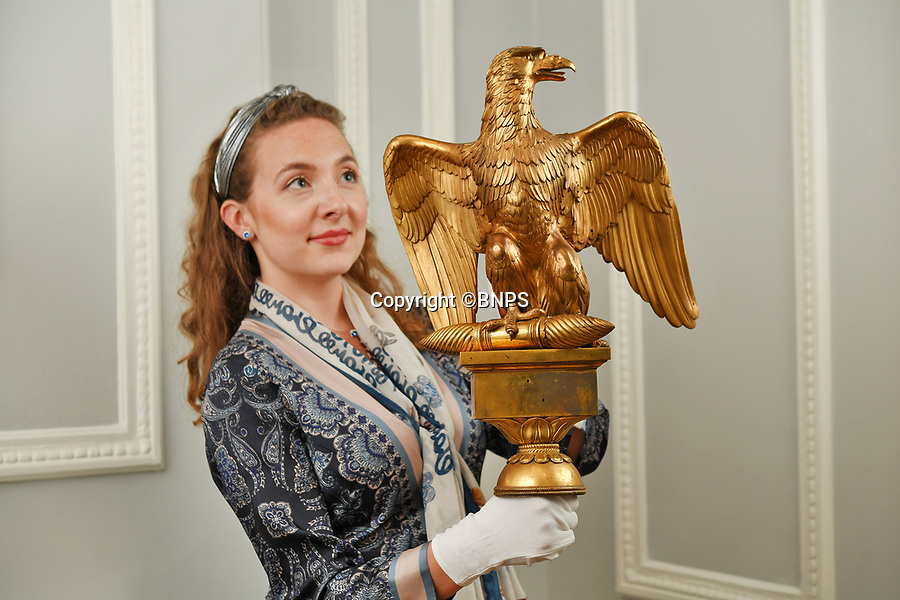 Pictured: Dix Noonan Webb specialist Thomasina Smith with the eagle which sold for £50,000.

An extremely rare Napoleonic ship's eagle which was touched by the little general for good luck has sold for £50,000.

He handed out over 1,000 eagles to his infantry, cavalry regiments and every ship of the lane in his navy during a ceremony in Paris on December 3, 1804.