Add to Lightbox
Image 1 of 1
BNPS_ArnhemHero_02.jpg 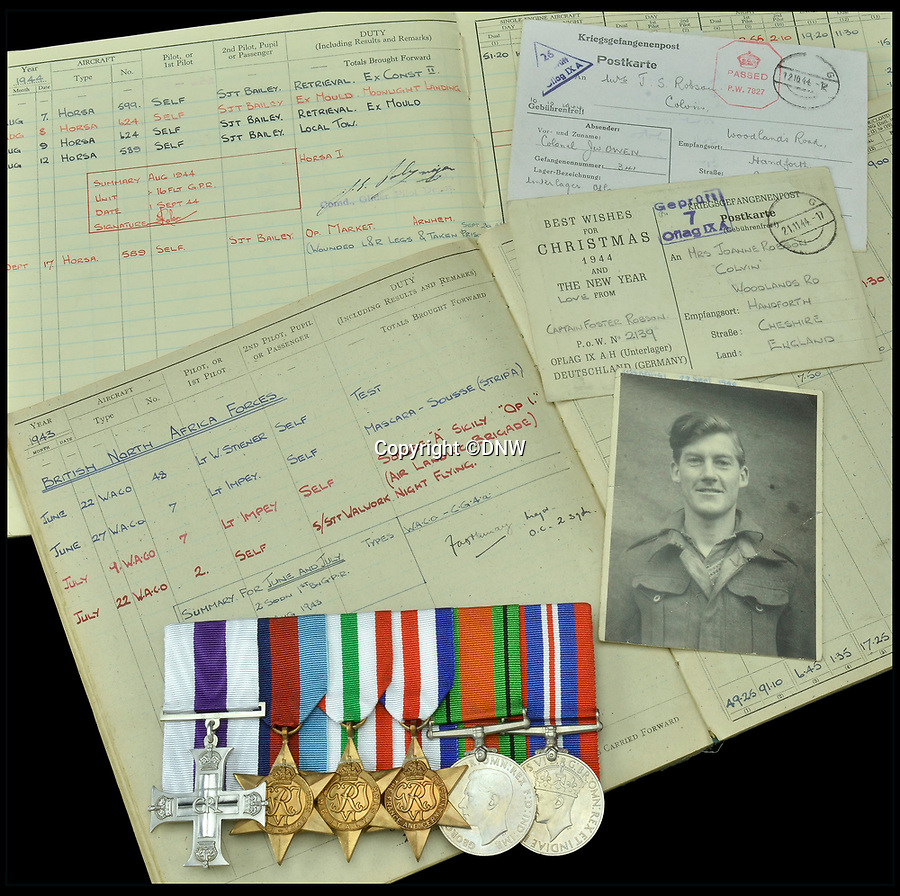 For Sale - The medals of a remarkable RAF glider pilot who survived numerous close shaves before finally being shot and captured at Arnhem.

The remarkable story of a wartime pilot who landed his glider in the sea, swam ashore, marched 10 miles and helped capture two enemy pillboxes while unarmed has emerged.

Captain Foster Robson cheated death numerous times during Operation Husky, the Allied invasion of Sicily in 1943 and Arnhem in 1944.

He watched numerous colleagues either drown in the sea or be cut down by machine gun fire after 144 wooden gliders carrying troops ditch off-shore.

He expertly guided the aircraft to just 250 yards from the beach, allowing him, his co-pilot and two army officers to make it to shore.