Add to Lightbox
Image 1 of 1
BNPS_LuckyBugleDiscovered_08.jpg 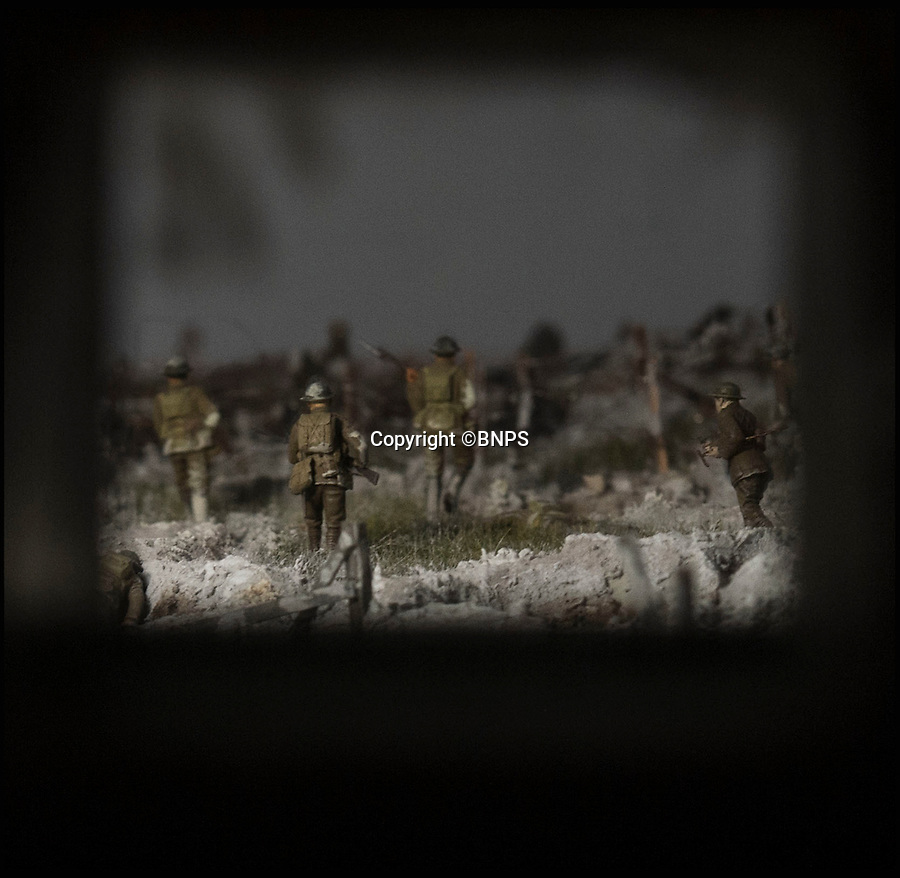 The Keep Military museum's trench periscope's show the troops going over the top.

Last Post - Lucky soldiers bugle stopped German bullet with his name on it.

The incredible story of how a British soldier's life was saved when an enemy bullet lodged in his bugle on the WW1 battlefields has come to light 100 years on after the instrument was discovered in a store cupboard.

Drummer William Starn was part of the ill-fated 1st Battalion Dorset Regiment that suffered heavy losses on the Western Front under attack from German machine gun fire in 1916.

Almost 70 soldiers were killed in one day when they were cut down in a hail of bullets before they had even reached the front line in northern France.

Drummer Starn was wounded in the onslaught - but amazingly he survived when a round hit his bugle and stopped, almost certainly saving him from death.
©BNPS 7 Nov 2016 1670x1630 / 233.5KB