Add to Lightbox
Image 1 of 1
BNPS_JohnLennonDoodles_02.jpg 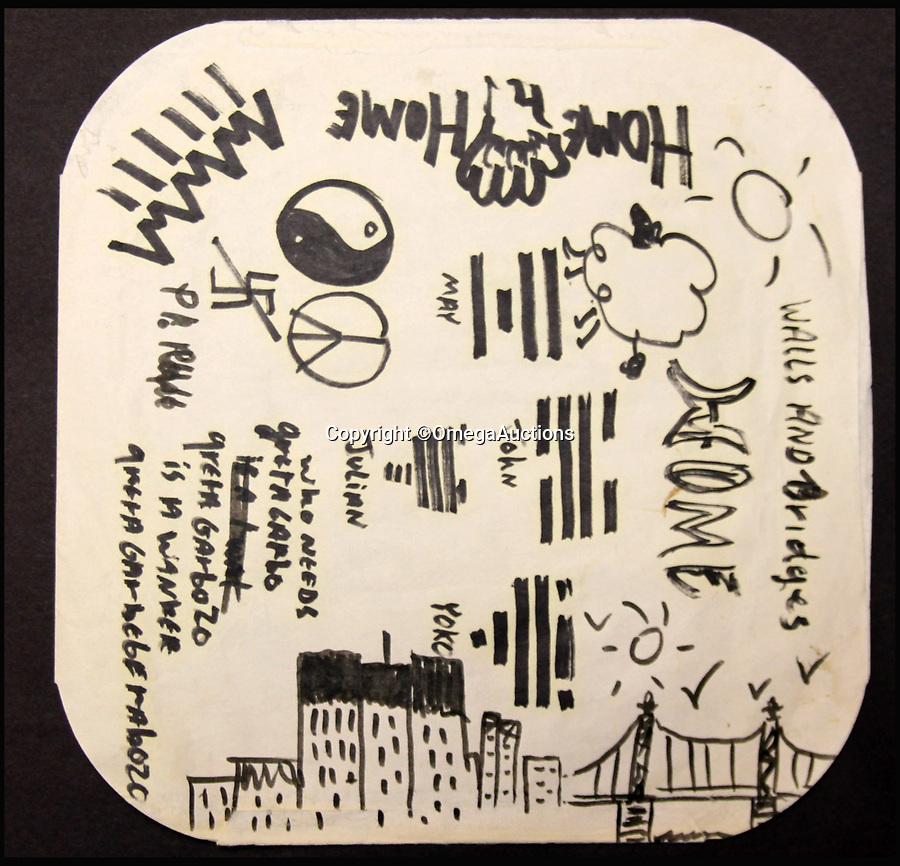 A record inner sleeve covered in doodles and drawings by John Lennon as he brainstormed ideas for an album cover has emerged for auction and is tipped to sell for £15,000.

The sketchings, in black felt tip pen, are believed to have been Lennon's initial ideas for the cover of his Walls and Bridges album (1974) and span both sides of an opened out record sleeve.

The record sleeve was given by Lennon to Jesse Davies, a session musician who provided lead guitar on the album.
©OmegaAuctions 3 Mar 2017 2926x2816 / 1.4MB