Add to Lightbox
Image 1 of 1
BNPS_AutographForAFoxyLady_09.jpg 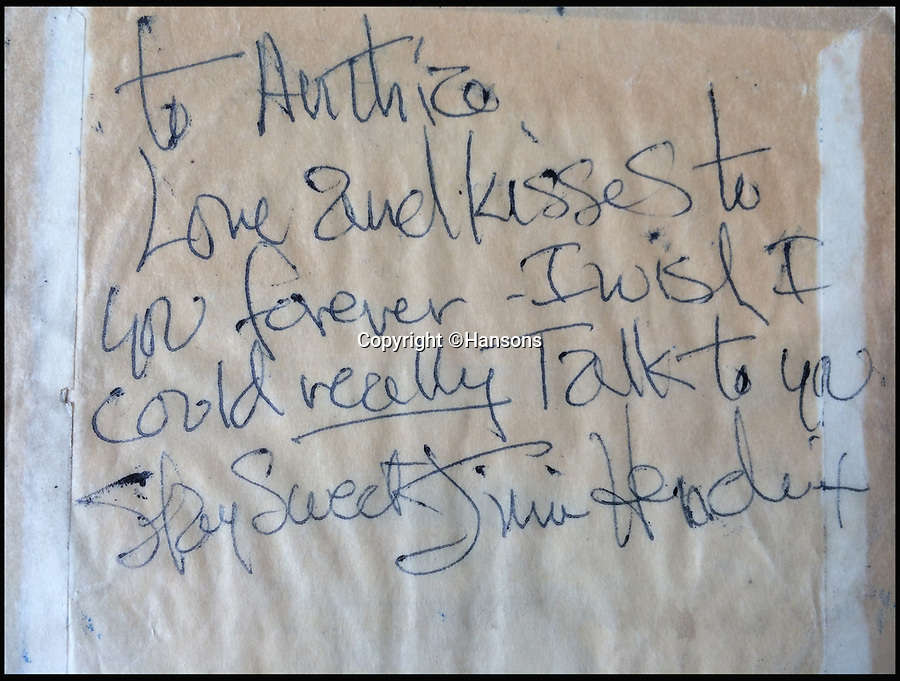 An autograph music legend Jimi Hendrix gave to a beautiful English teenager who bewitched him 50 years ago has emerged for sale.

Anthea Rogers was 19 when the American guitarist leapt off the stage and walked over to her in a concert hall in Lincolnshire in 1967.

He signed the back of a guitar strings packet and told her to "stay sweet" when his band the Jimi Hendrix Experience were getting ready for a gig three years before the icon died.