Add to Lightbox
Image 1 of 1
BNPS_JohnLennonSuitForSale_01.jpg 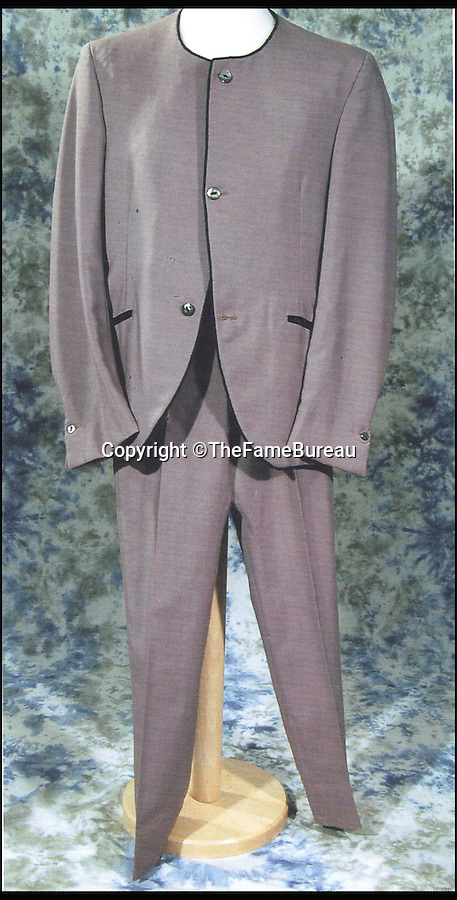 The archetypal collarless suit worn by John Lennon during the Beatles' rise to stardom has come to light 40 years after it was thought to have been lost.

The beige Mohair 'Beatles' suit which had a round necked jacket was famously worn by the fledgling band during in the early 1960s.

The choice of clothing was the brainchild of their manager Brian Epstein who got John, Paul, George and Ringo to ditch their jeans and leather jackets for a more clean-cut image to appeal to a wider audience.