Add to Lightbox
Image 1 of 1
BNPS_MercuryRising_04.jpg 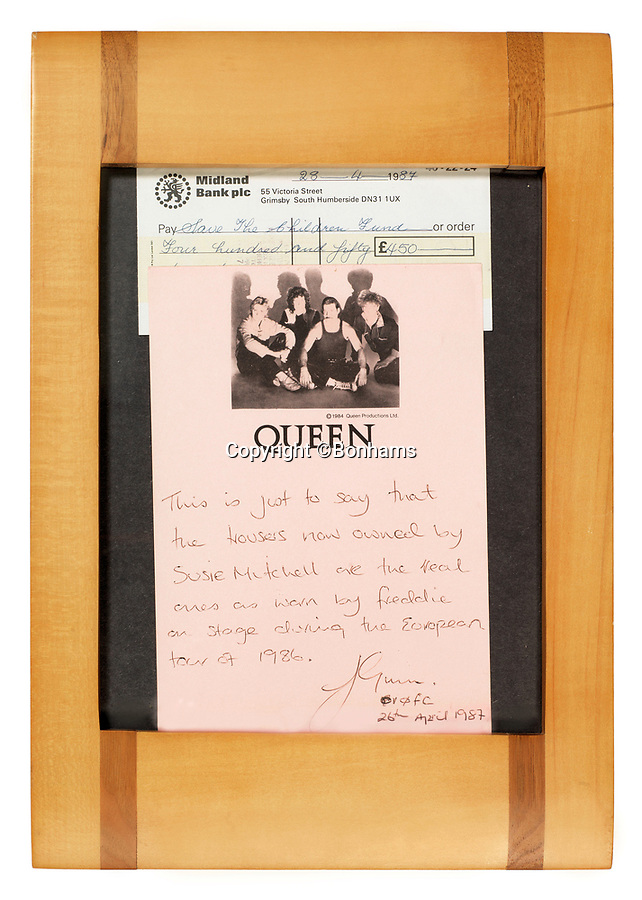 A pair of flamboyant trousers Freddie Mercury wore during Queen's final tour have sold for over £20,000.

The iconic white bottoms feature two red and gold stripes down the outside legs and were paired by Mercury with a trademark white vest and yellow military-style jacket.

He wore the trousers throughout Queen's 1986 'Magic' tour which included two sold-out shows at the old Wembley Stadium.