Add to Lightbox
Image 1 of 1
BNPS_ChargeMedalSold_03.jpg 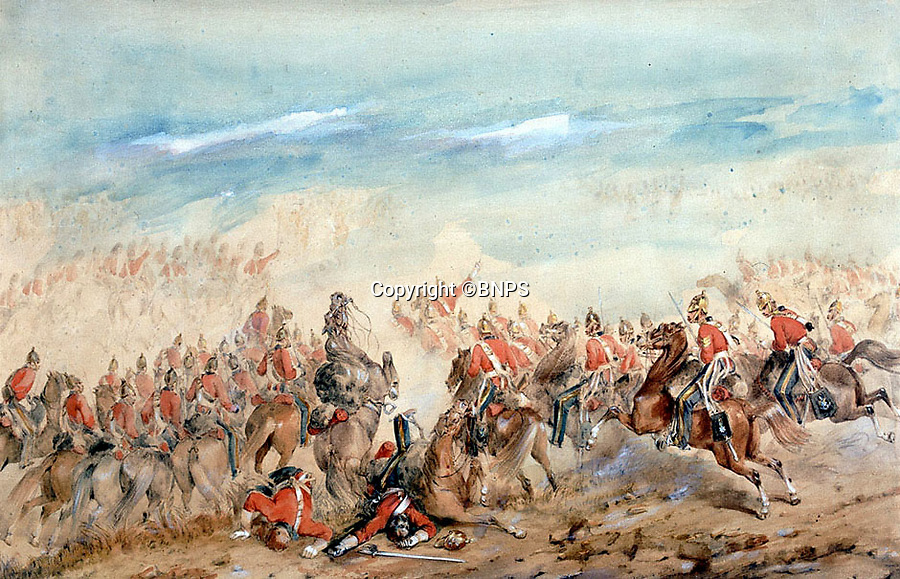 Pictured: The Charge of the Heavy Brigade at the Battle of Balaclava

The incredible heroics of a Charge of the Heavy Brigade soldier who had three horses killed from underneath him but kept on fighting can be revealed after his medals sold for over £5,000.

Troop Sergeant-Major William Stewart was leading the assault on the Russian lines at the Battle of Balaclava when his horse was shot.

Undeterred, he mounted another horse whose rider had been killed but almost immediately a shell exploded underneath them.

Miraculously, Stewart was left 'without a scratch' so he hopped on another loose horse to fight on. When this one was shot with a cannonball he found a fourth horse which survived the bloodbath on October 25, 1854.

The Charge of the Heavy Brigade saw a force of 800 British cavalry route a force of 3,000 Russian light horsemen in just eight minutes. His campaign medals, including the Medaille Militaire, were sold with London auctioneers Spink & Son.
©BNPS 23 Jul 2020 940x605 / 225.1KB