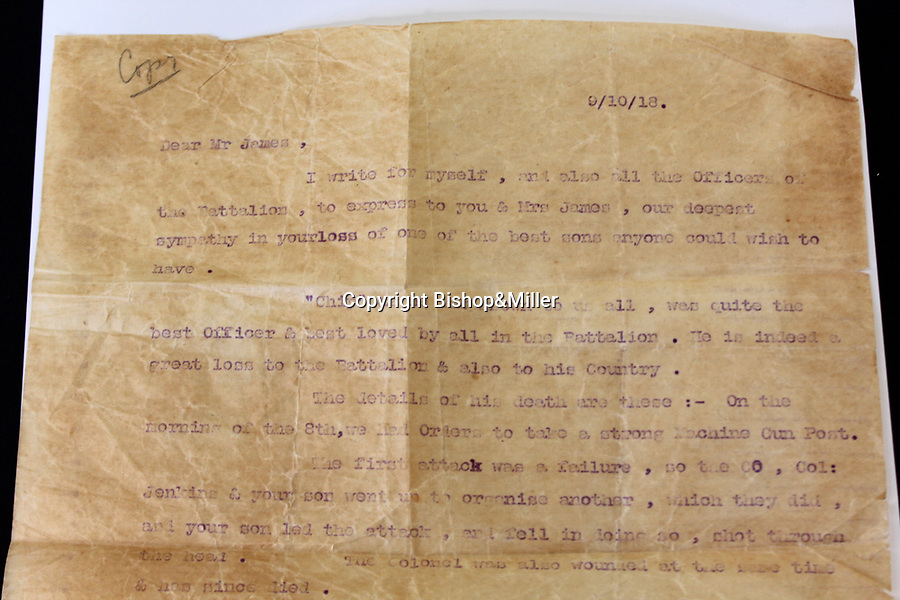 Another poignant letter in the collection is Florence's copy of the message of condolence sent from Capt James' commanding officer Major Gordon Phillips to his grieving parents.
Maj Phillips wrote that the 22-year-old officer had died a 'glorious death' while storming a German machine gun post.He wrote: "He was one of the best sons anyone could wish to have. He was the best officer and best loved in all the battalion. He is indeed a great loss to the battalion and to his country.

After his death a grieving Florence met Military Cross recipient Lieutenant John McIlroy while he was also recuperating in the same hospital.
Bishop&Miller 20 Aug 2018 1920x1280 / 1.2MB