Add to Lightbox
Image 1 of 1
BNPS_TitanicMinutes_01.jpg 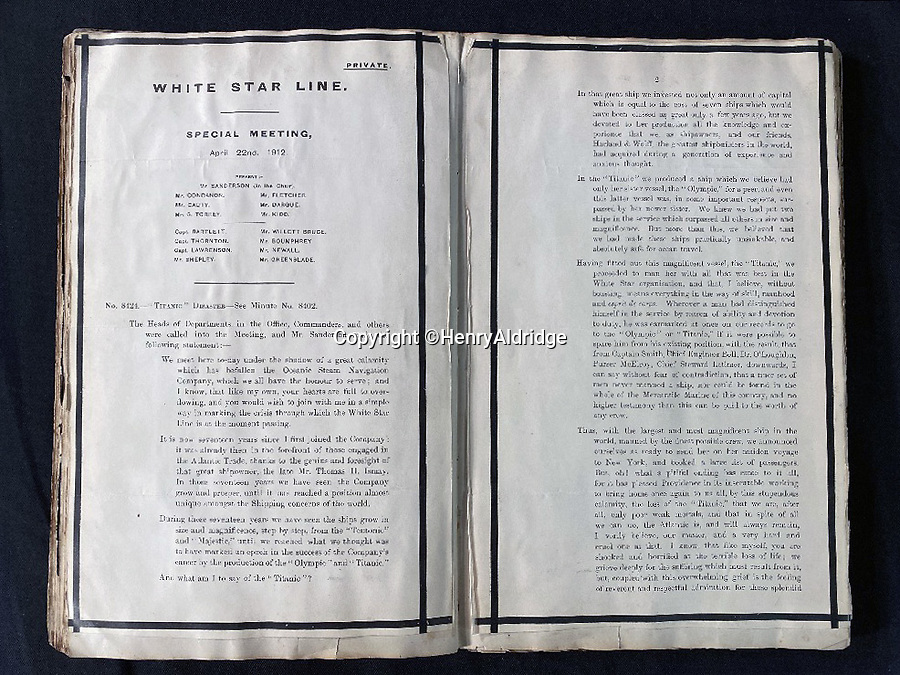 Pictured: The minutes of the meeting.

Rare documents revealing how the shameless owners of the Titanic portrayed themselves as the victims and lauded their chairman who controversially survived the disaster have sold for £12,500.

The minutes for a special board meeting held in the wake of the tragedy show how bosses of White Star Line were more concerned with themselves than the victims.

They were particularly worried about the psychological effect the ordeal would have on Bruce Ismay, who became known as the 'coward of the Titanic'.

Mr Ismay, the chairman of White Star Line, survived the tragedy by deserting the liner and taking a place in a lifeboat. In James Cemeron's 1997 blockbuster movie, Ismay was portrayed as bullying the crew to go faster only to sneak into a lifeboat as the ship went down after it hit an iceberg.

The minutes were part of an archive which went under the hammer with auctioneers Henry Aldridge & Son, of Devizes, Wilts.
©HenryAldridge 5 Nov 2020 986x739 / 337.5KB