Add to Lightbox
Image 1 of 1
BNPS_LivingTheHighLife_37.jpg 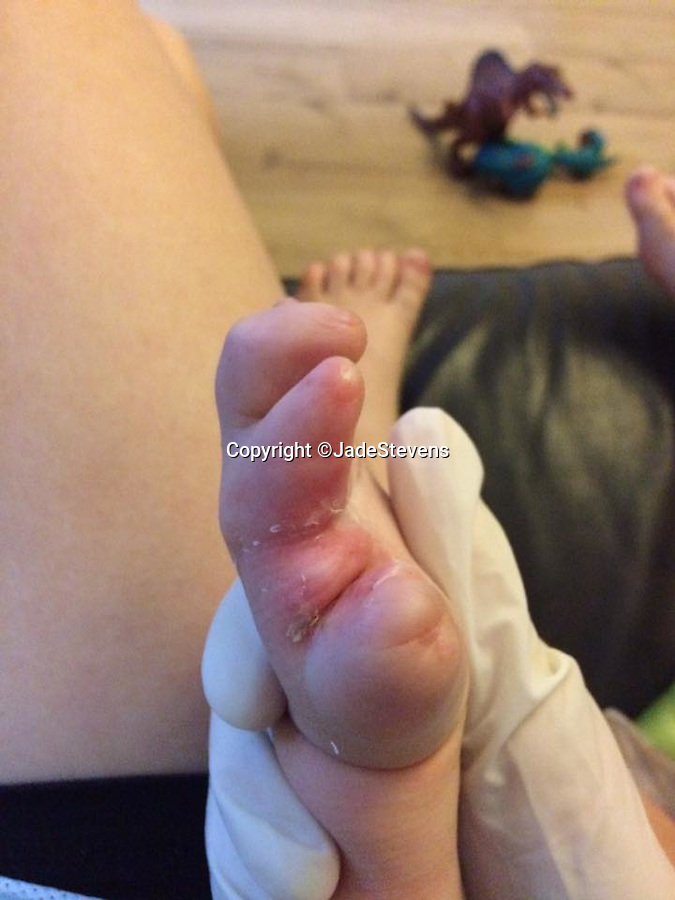 Pictured: Ted's hand after his surgery in 2017 which removed skin between his thumb and index finger.

A five-year-old boy can climb and do the monkey bars like his friends for the first time thanks to a new prosthetic hook.

Ted Washer has almost no thumb and index finger on his left hand, making it impossible to grip things like climbing frames and monkey bars.

He has a condition called amniotic band syndrome, which means fibres in his mum's womb attached themselves to his fingers and thumb, essentially amputating them before he was born.

But he now has a new C-hook, designed for gymnastics, from prosthetic specialist Dorset Orthopaedic that means he can swing with the greatest of ease and feels like a superhero.
©JadeStevens 5 Aug 2020 720x960 / 53.6KB