Add to Lightbox
Image 1 of 1
BNPS_DukeOfWindsorMercedesTour_05.jpg 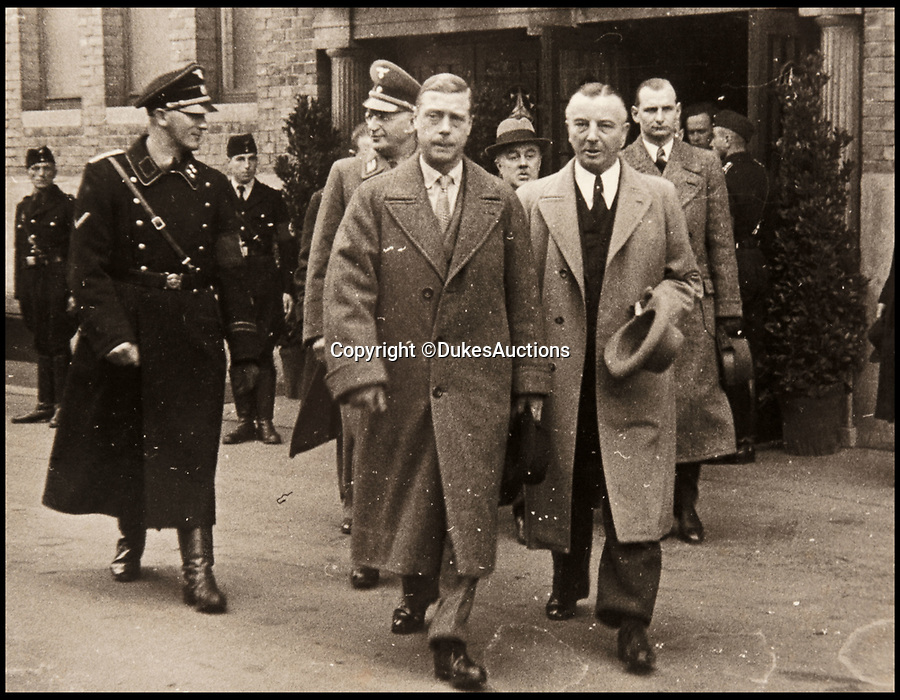 Remarkable photos of Edward VIII touring a car factory during his controversial visit to Nazi Germany in 1937 have been unearthed.

Huge crowds turned out to catch a glimpse of the former King, rumoured to be a strong supporter of the Nazi party and the fascist cause, who even walked through a guard of Nazi troops giving Hitler salutes.

The Duke of Windsor, who had abdicated the previous year, was accompanied by high ranking Nazi party officials and even an SS officer whilst touring the Mercedes-Benz factory in Stuttgart.

During the trip, the Duke had a private meeting with Hitler at his retreat in Berchtesgaden and was infamously photographed giving Nazi salutes.
©DukesAuctions 31 Dec 1999 3700x2878 / 1.2MB