Add to Lightbox
Image 1 of 1
BNPS_GreatWarPhotographs_016.jpg 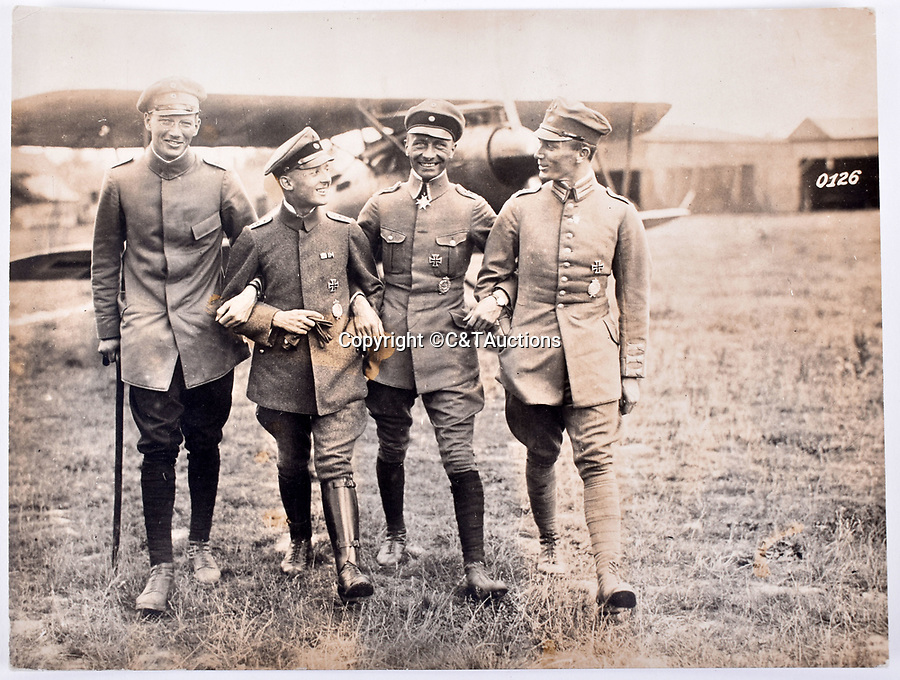 German air aces in a relaxed moment away from the front.

Other pictures in the album depicts the early days of aerial warfare when hand grenades were dropped over the side of the cockpits by German pilots.
©C&TAuctions 30 Jan 2019 4562x3449 / 1.8MB