Add to Lightbox
Image 1 of 1
BNPS_BobRobertsVeteran_08.jpg 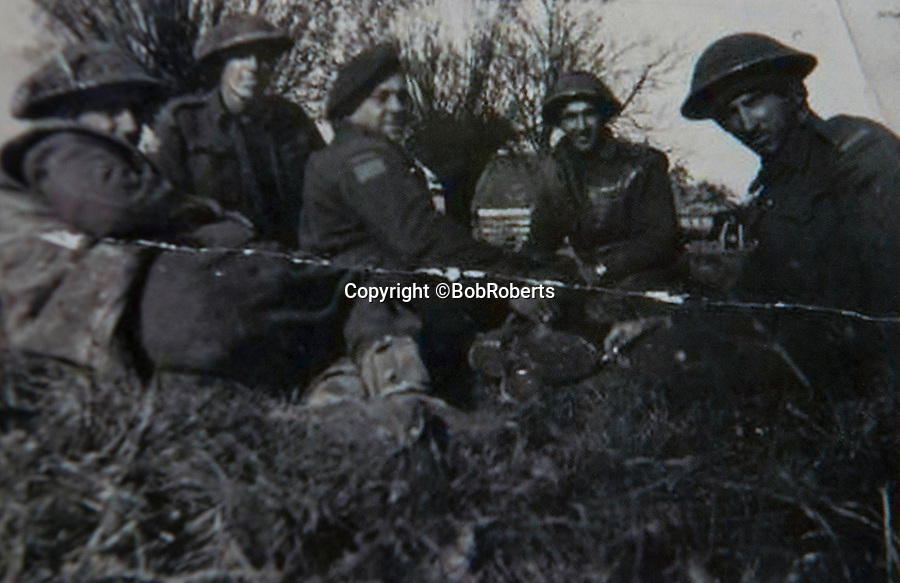 Pictured: Bob Roberts, centre, during a break in the battle of Normandy with the remaining comrades of his platoon. Aug / July 1944.