Add to Lightbox
Image 1 of 1
BNPS_MedievalWW1Weapons_013.jpg 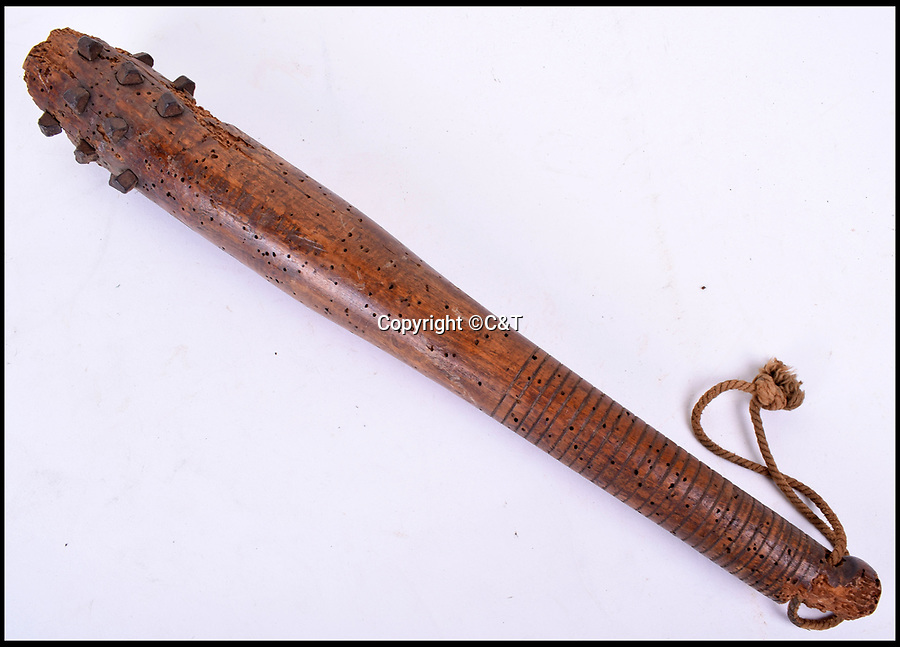 A German soldiers mace from the Western Front - it would not have looked out of place on the nearby battlefields of Agincourt or Crecy 500 years earlier.

This assortment of primitive body armour and barbaric weaponry might look like it belongs on the set of Gladiator but it was actually used by German soldiers in the First World War.

The medieval looking items include a rare 'saw back bayonet' that was so vicious it was banned by both sides under the Geneva Convention.

The steel body armour wasn't standard issue but was given to German troops placed in fixed positions on the battlefields who would be shot at, like snipers.

Included in the collection is a piece of armour that protected the upper body and an extremely rare facial defence shield that was known as the Elephant Plate.
©C&T 3 Nov 2017 5103x3666 / 1.3MB