Add to Lightbox
Image 1 of 1
BNPS_DrWhoPropCollection_02.jpg 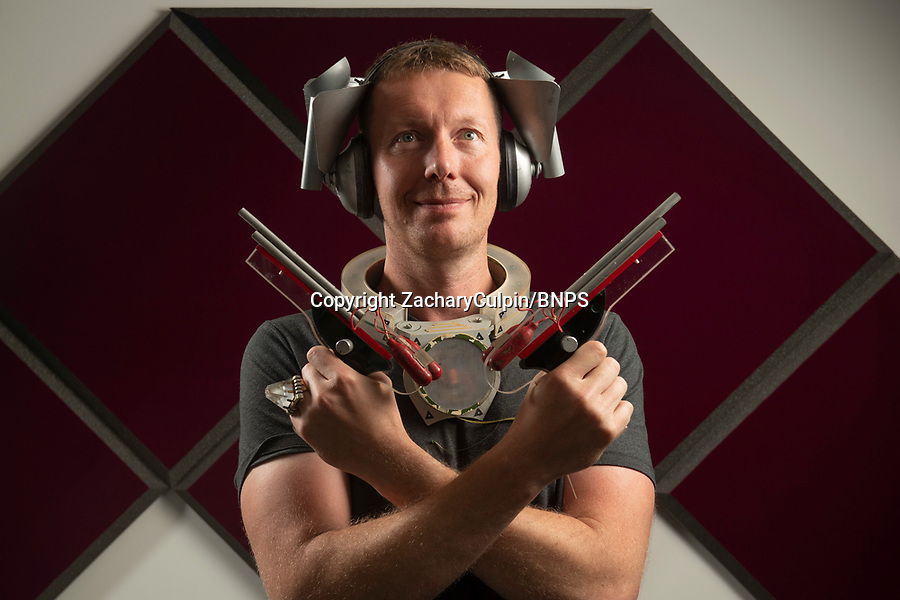 Pictured: Matt Nunn of Flints Auctions pictured modelling the Dr Who Props that are set to sell. He's pictured wearing a 'Correction helmet' on his head, he has a prop from Dr Who's Medikit around his neck, he's holding two guns from the 1978 episode'Invasion of Time' and he's wearing a ring on his hand from 1981 episode 'Keeper of Traken' 1981, starring Tom Baker.

Scarce props used in Dr Who that were given to a crew member for his children to play with after filming have emerged for sale.

The memorabilia that featured in episodes starring Tom Baker as the Doctor in the 1970s includes spage-age weapons, a Tardis control dial and a correction helmet.
ZacharyCulpin/BNPS 13 Jul 2021 5412x3608 / 1.7MB