Add to Lightbox
Image 1 of 1
BNPS_TakeMeToYourLeader_013.jpg 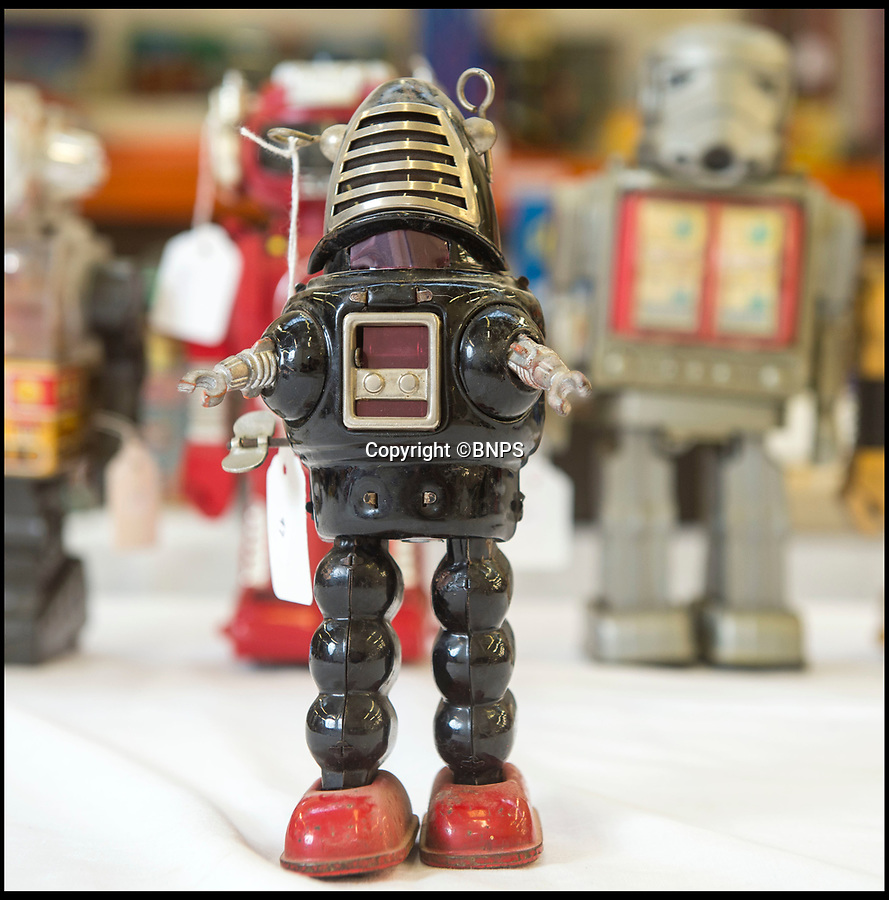 Take me to your leader - out of this world collection of rudimentary robots from the earliest days of sci-fi.

The huge collection was started by a robot mad schoolboy in the 1950's as the Russian Sputnik satellite kick started the race for space and sparked huge interest in science fiction.

The oldest items date from the late 1950's with models continuing all the way through to the 1990s with several classic favourites included.

There are a number of lots related to TV classic Thunderbirds and a model of Robbie the Robot, who featured in the TV series Lost in Space and the film Forbidden Planet remains in terrific condition.
©BNPS 4 Jan 2018 3136x3174 / 742.8KB