Add to Lightbox
Image 1 of 1
BNPS_330YearOldSpoonSellsFor14K_03.jpg 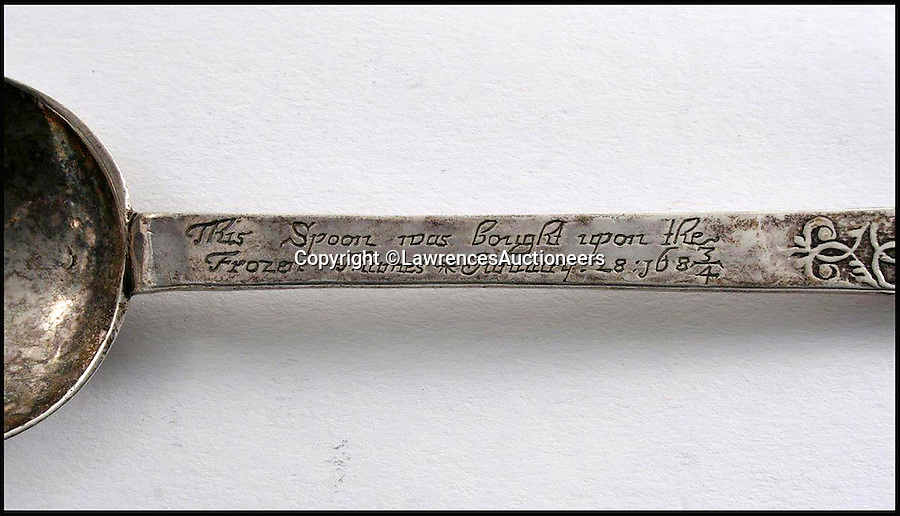 A 330-year-old spoon that its owners thought was worthless has sold for a whopping £14,000.

The silverware would have been bought as an extravagant souvenir by a wealthy tourist on the frozen Thames in 1684 when London was subject to such bad weather the whole river turned to ice.

But the antique trinket was discovered at a home in Dunster, Somerset, where the owner kept it in a small, dusty cabinet among ornaments.

It was discovered after the woman died when her two daughters asked a valuer from Lawrences Auctioneers in Crewkerne to assess the various items in the house.
©LawrencesAuctioneers 21 Jan 2016 2694x1544 / 1.4MB