Add to Lightbox
Image 1 of 1
BNPS_1MillionPoundBatmanComicSale_02.jpg 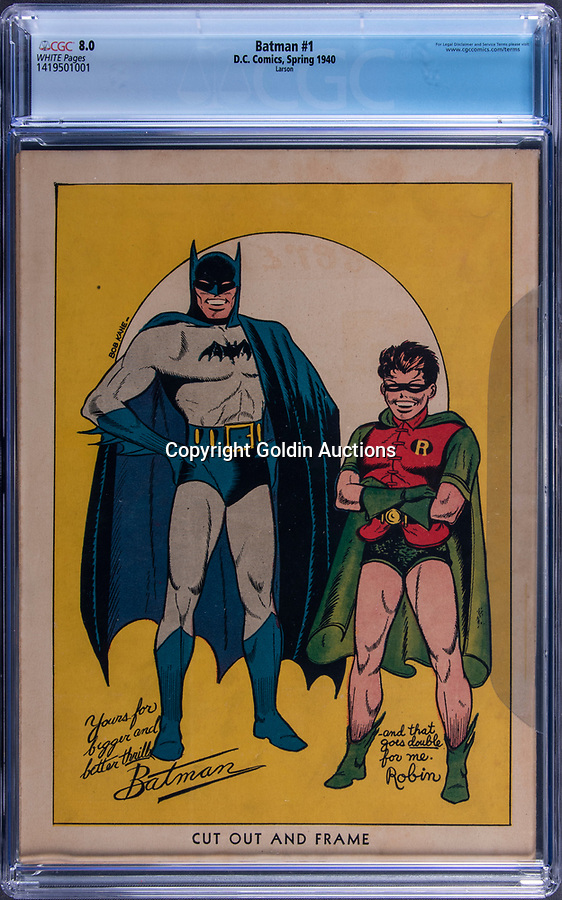 The sealed copy of the Batman No 1 comic, with the Caped Crusader and Robin on the cover, was published by DC comics in March 1940.

The superhero debuted in 1939 in Detective Comics 27 and his popularity sparked the launch of a standalone Batman comic.