Add to Lightbox
Image 1 of 1
BNPS_FinestPilot_05.jpg 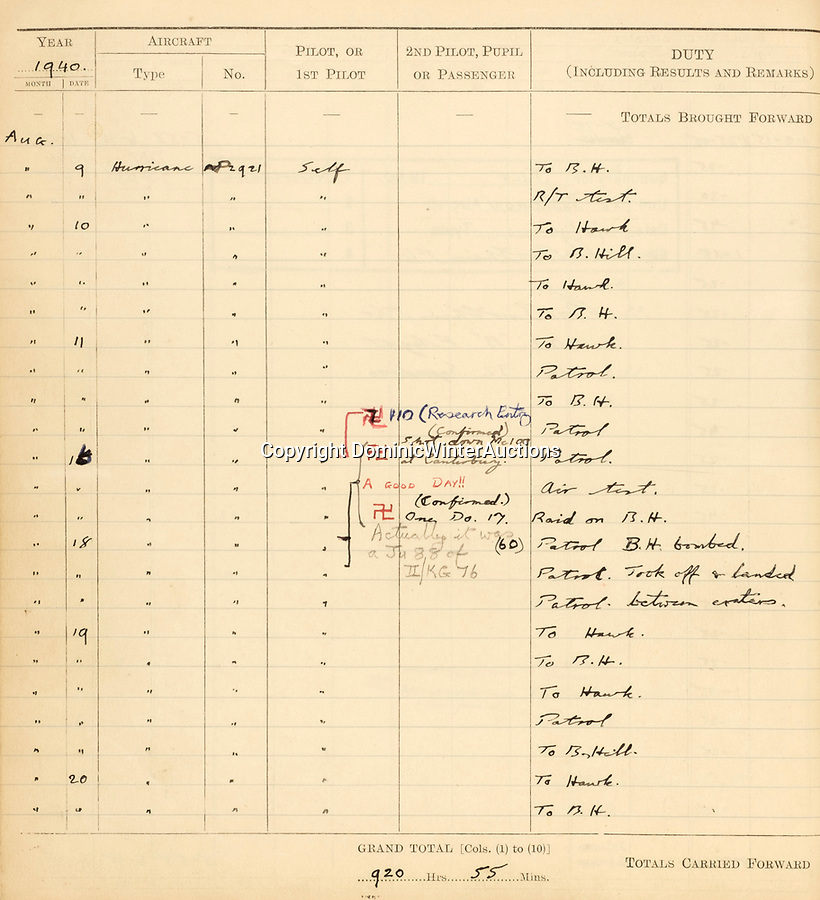 One of Peter Brothers' logbooks, which is being sold, along with his medals, at Dominic Winter Auctions. The Battle of Britain victories are marked by swastikas

The gallantry medals awarded to one of the RAF's finest Battle of Britain aces have been sold by his family for £192,000.

Air Commodore Peter Malam Brothers destroyed 16 enemy aircraft during the Second World War and was a veteran of the Battle of France, the Battle of Britain, the Dieppe raid and D-Day.

In his RAF logbooks that were also sold, he drew red swastikas to mark all his 'kills' and he wrote the words 'Good Show' to describe the Normandy invasion.
DominicWinterAuctions 12 Jan 2021 1501x1648 / 1.2MB