Add to Lightbox
Image 1 of 1
BNPS_CodebreakerTuringSculpture_03.jpg 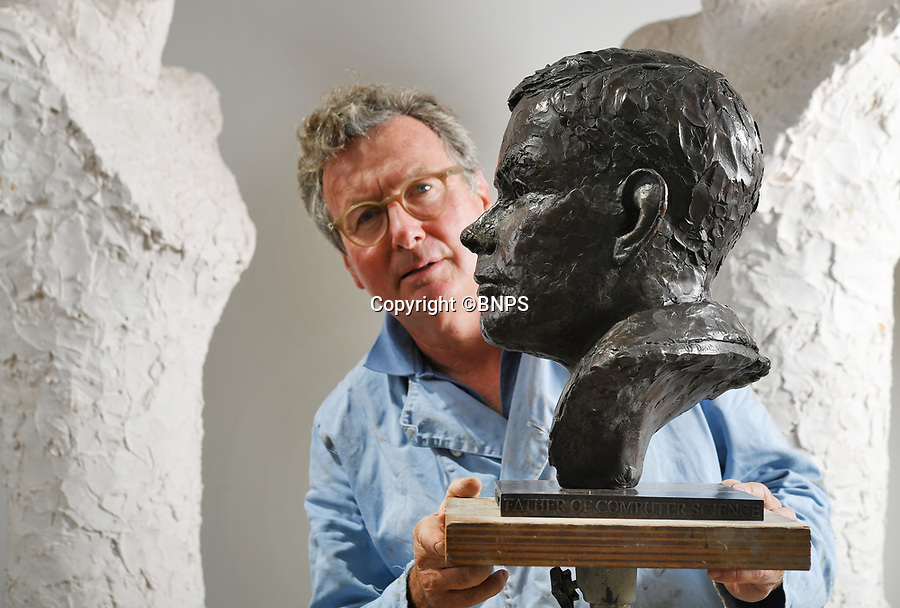 David Williams-Ellis with the sculpture in his studio

This is the first glimpse of a magnificent bronze bust of Enigma codebreaker Alan Turing which will soon go on display at his former school.

It has been fashioned by acclaimed sculptor David Williams-Ellis, who has previously commemorated the D-Day landings in sculpture for the Normandy Memorial Trust.

The bust, which is just over life size, will stand on a plinth at Sherborne School in Dorset, where the genius mathematician and father of computer science was a pupil from 1926 to 1931.

It will be unveiled in the autumn by Turing's nephew and fellow Sherborne School alumni, solicitor and author Sir John Dermot Turing.
©BNPS 29 Jul 2020 5226x3524 / 2.9MB