Add to Lightbox
Image 1 of 1
BNPS_DonaldHealeysPersonalHealey_11.jpg 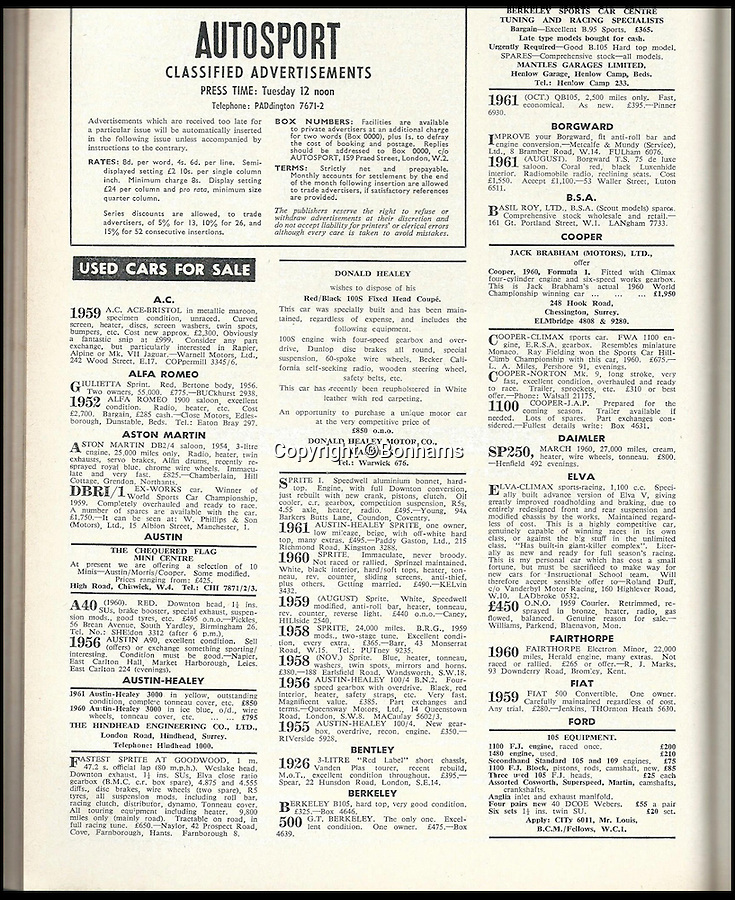 An advertisement in Autosport for the Austin-Healey dated April 6, 1962, the car was valued at £850.

A unique Austin-Healey prototype vehicle that the owner of the British car company liked so much he used it as his main car for 10 years has emerged for sale for more than £600,000.

The red motor was the result of a request by Donald Healey to his chief designer to come up with a coupe version of the Austin-Healey 100 convertible sports car.