Add to Lightbox
Image 1 of 1
BNPS_1930sBuyBritishCampaign_020.jpg 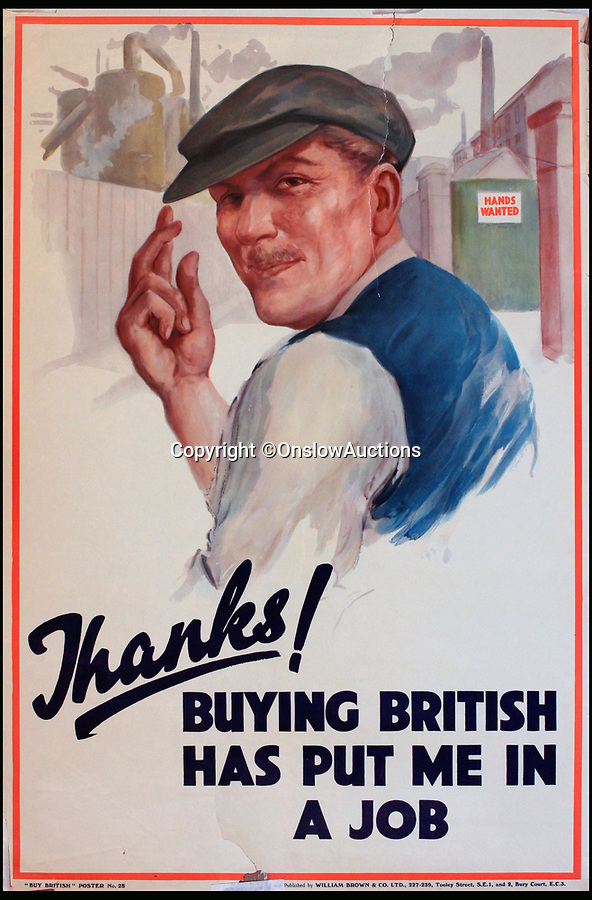 'Buy British' campaign posters from the early 1930's that chime with a modern audience full of Brexit fears are being sold by Onslows auctioneers in Dorset.

The jingoistic campaign was created by Edward, Prince of Wales following the Great Depression and exhorted the population to buy British goods to protect British jobs.

The future Edward VIII fronted a campaign to get Brits to stop importing foreign goods in a bid to boost the economy, making an official announcement in November 1931 stating the nation was buying 'more than it could afford' from abroad and that Brits should 'buy at home'.

To support his message, 26 posters were issued on a weekly basis to Britain's factories carrying slogans demanding workers to do their bit and purchase local goods.
©OnslowAuctions 2 Nov 2018 1853x2817 / 661.2KB