Add to Lightbox
Image 1 of 1
BNPS_MarilynMonroesLastScriptForSale_03.jpg 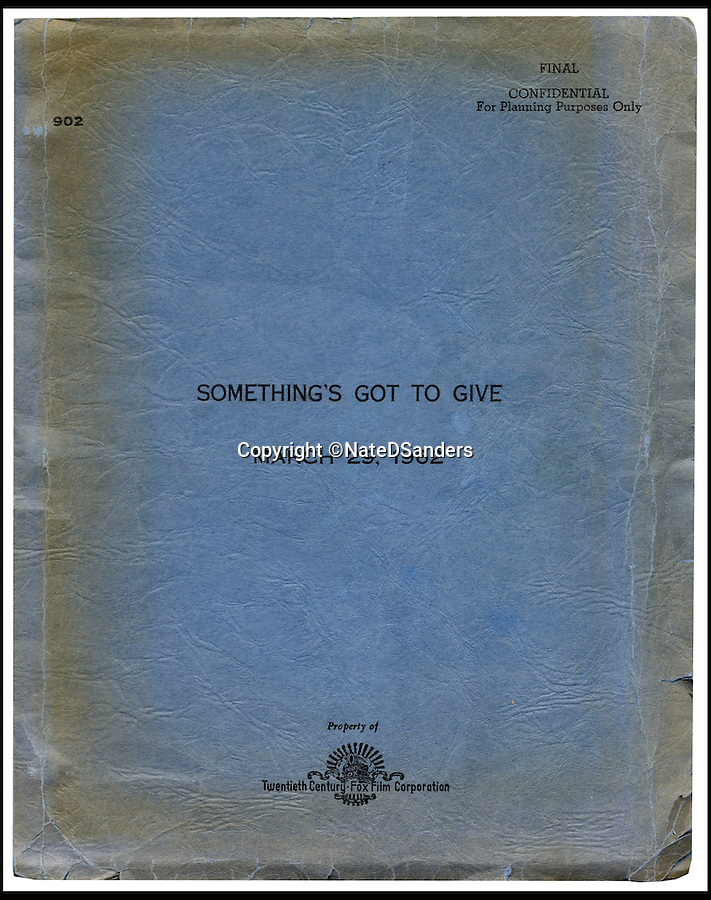 The poignant last script Marilyn Monroe worked on for a movie that had to be abandoned following her untimely death has emerged for sale.

The 149-page screenplay of her final, unfinished film Something's Got to Give (1962) is covered in pencil and green ink notes from her which provide a fascinating insight into how she viewed her character.

In one of the scenes, she told herself to think of her former husband Arthur Miller's children to help her get an emotional connection with her
on-screen children.