Add to Lightbox
Image 1 of 1
BNPS_BartleyMedals_01.jpg 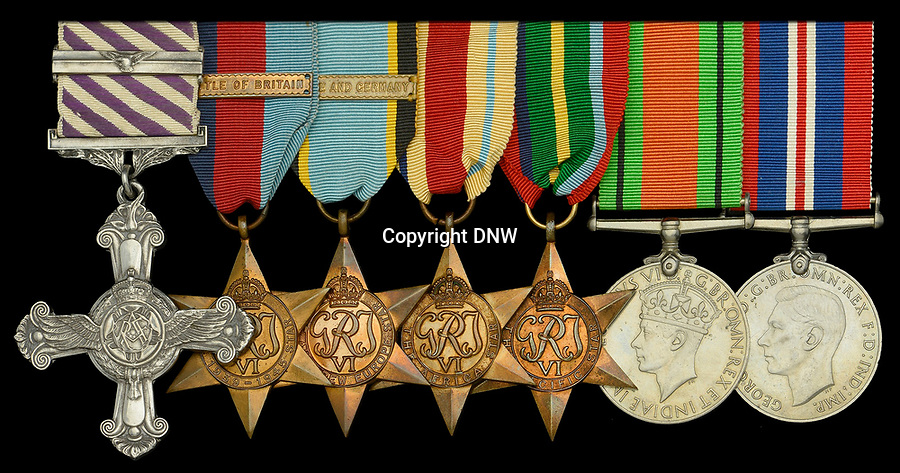 The medals of a Battle of Britain hero ace who survived a bullet whizzing through his helmet and married a Hollywood star have emerged for sale for £140,000.

He shot down his first two German planes over Dunkirk while 330,000 British Expeditionary Force troops were being evacuated from Northern France in May 1940.