Add to Lightbox
Image 1 of 1
BNPS_LastSteamPaintingsMouseTail_05.jpg 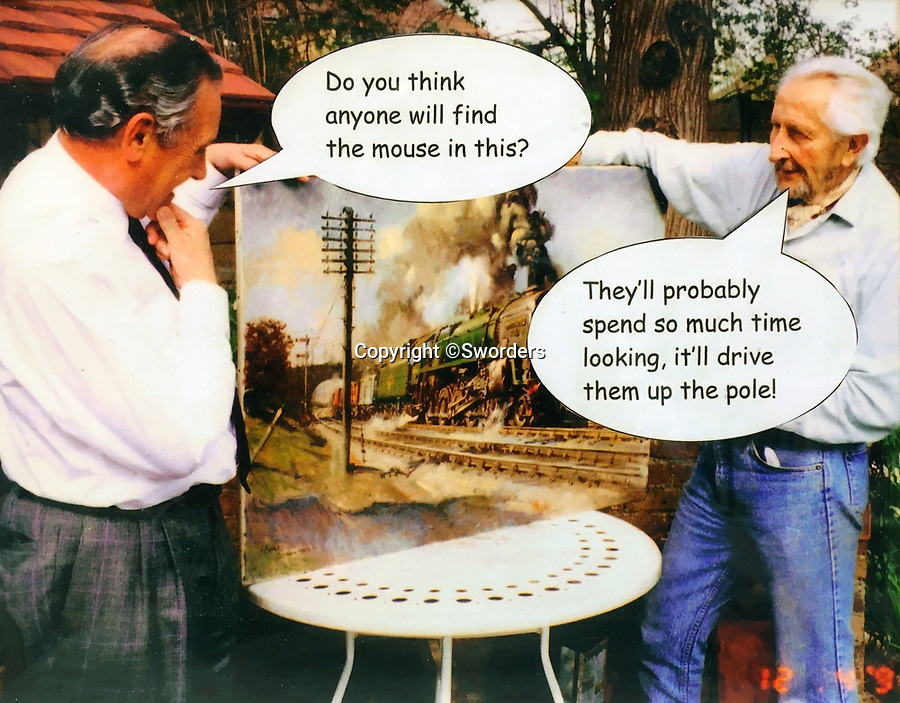 Cartoon of the artist (right) with his printer John Howarth.

Famous locomotive painting that got the South African security services all steamed up chuffs up for auction.

An oil painting of a historic steam train which almost sparked a little-known international incident has emerged for sale for £60,000.

The 1963 artwork by Terence Cuneo shows the last ever steam locomotive built for British Railways, the standard class 9F engine.

Cuneo, who was the 'official artist' for the Queen's coronation, mischievously hid a tiny mouse in all his painting's as a 'good luck symbol' after a painting he did of a mouse eating cheese earlier in his career sold first at a show.

The rodent, however, sparked a near-frenzy when Officers on board a Union Castle liner en route to Cape Town examined a print of this painting but to their great frustration could not spot the creature, prompting the irate captain to cable the printers demanding to know where it was hidden.

But the return message 'Up telegraph pole first right' - was intercepted by South African security forces who deemed it highly suspicious and boarded the ship on its arrival in Cape Town, only standing down when they were shown the painting it referred to.
©Sworders 17 Jan 2020 3704x2892 / 1.3MB