Add to Lightbox
Image 1 of 1
BNPS_TriumphThatTriumphed_04.jpg 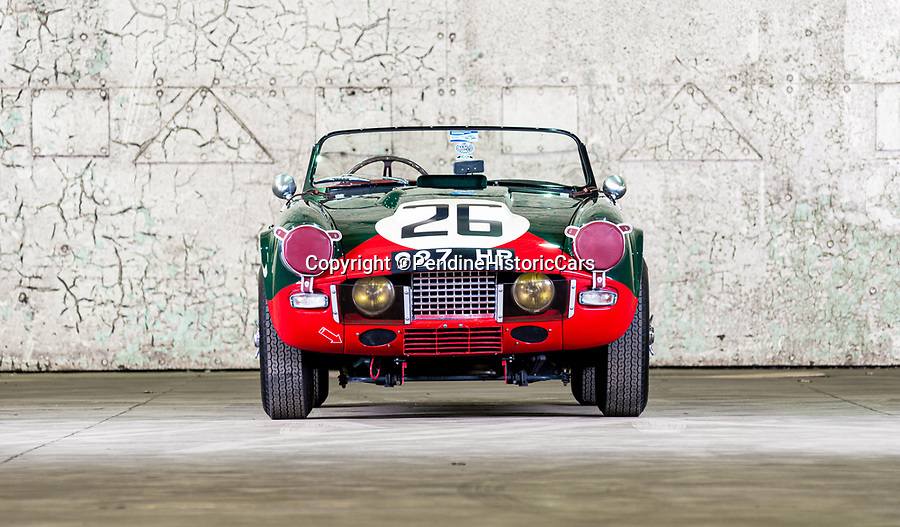 The little Triumph that triumphed at Le Mans...

The trio finished 9th, 11th and 15th, landing the manufacturer the team prize which is awarded to the entrants whose cars complete the most laps.

Built in 1960, the car is powered by a 1900cc 'Sabrina' prototype engine specifically developed by the Triumph Competition department for the race, and with drum brakes all round, no roll bar, bumpers or even a roof it's not for the faint hearted.

Only 4 of the stripped back and highly tuned racing cars were ever built, but their success fuelled the TR brand through the 60's and 70's until the proud Triumph name finally ceased production in 1984.
©PendineHistoricCars 28 Oct 2019 5057x2958 / 1.8MB