Add to Lightbox
Image 1 of 1
BNPS_ForgottonBeatlesLineUpSold_02.jpg 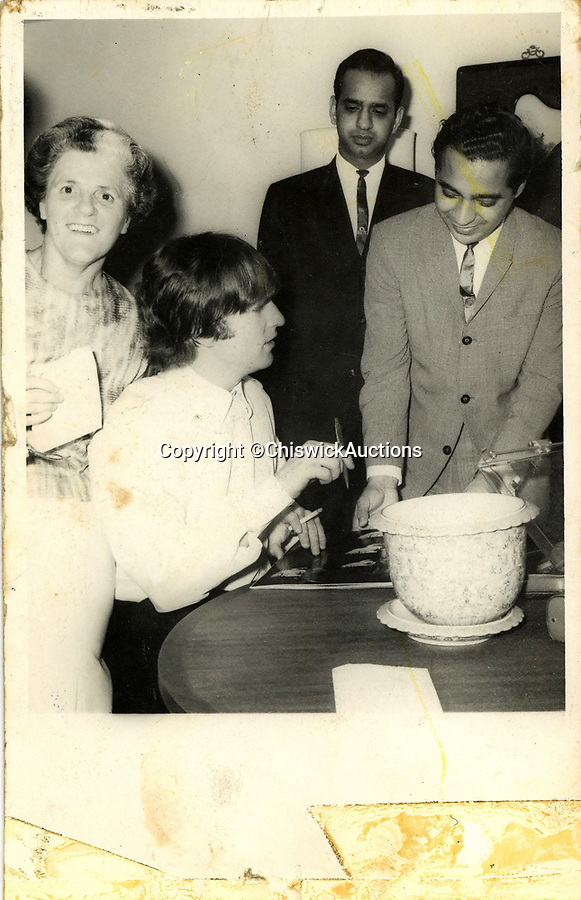 Pictured: An unnamed superfan queued up to get their autographs at a public meet and greet event. A heart-warming photograph of her shows her stood behind John Lennon with a beaming smile for the camera.

A sheet of paper containing the autographs of a temporary and long-forgotten line-up of the Beatles has sold for over £2,000.

The unusual piece of memorabilia dates back to 1964 when the band, at the height of Beatlemania, were on tour in Hong Kong.

Shortly before leaving for Asia, Ringo Star was struck down and hospitalised with tonsillitis, leaving him unable to perform.

He was replaced on the drums by Londoner Jimmie Nicol who was given a mop-top haircut and temporarily became a member of the Fab Four.

The signed sheet, and a photo of the Beatles fan who got the signatures posing next to John Lennon, went under the hammer with Chiswick Auctions in west London.
©ChiswickAuctions 16 Mar 2020 5742x8906 / 5.1MB