Add to Lightbox
Image 1 of 1
BNPS_TheGrowthOfAllotments_01.jpg 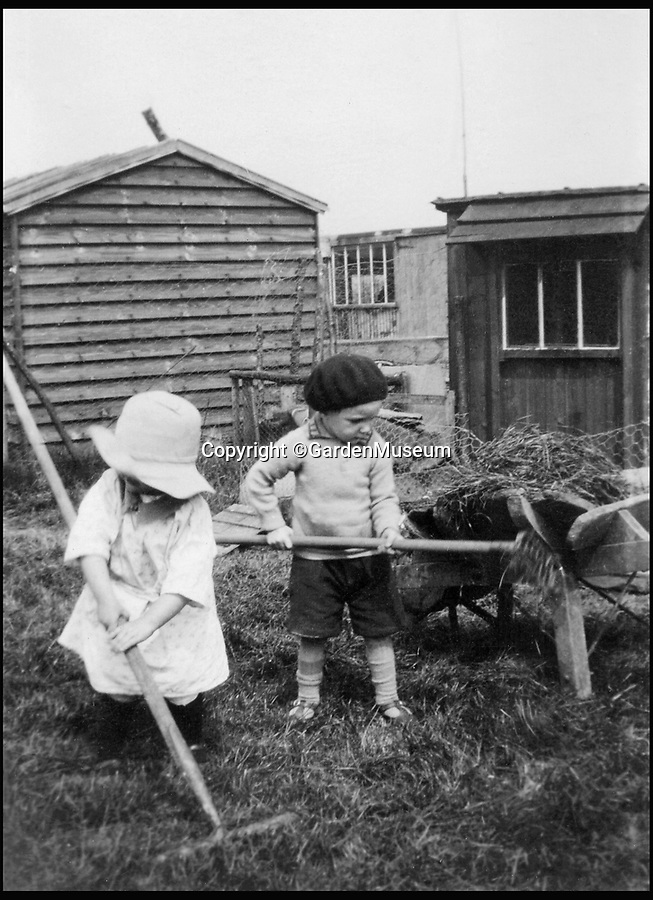 Two young children lend a helping hand on an allotment.

These fascinating old pictures show that allotments have been a passion of the British for centuries.

Today, more than 90,000 people are on waiting lists to get their own little patch of land to grow vegetables, and the pastime was just as popular in the early years of the 20th century.

Garden historian and lecturer Twigs Way has sourced dozens of images of green-fingered Brits tending to their allotments during the 'allotment craze' amongst the middle classes sparked by the Allotments Act of 1908 which required councils to supply them when demanded.

Families would decamp to the allotment on a Sunday and picnic among the cabbages, dividing tasks with the husband digging, the wife collecting crops and the children weeding or caterpillar picking.

The allotments helped keep the British fed during the two world wars but fell out of favour in the 1960s and 1970s with elderly plot holders cast as villains in the battle to free up land for the housing boom.