Add to Lightbox
Image 1 of 1
BNPS_MyMyWaterlooMedal_04.jpg 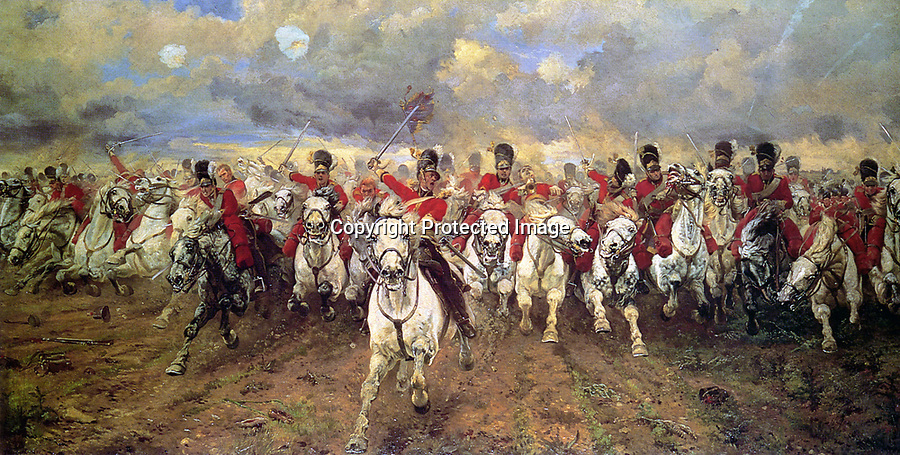 Pictured: A 1881 oil painting by Lady Butler entitled, Scotland Forever! It depicts the charge of the Royal Scots Greys at the Battle of Waterloo in 1815.

Sergeant William Porteous had every part of his body pierced in the historic 1815 battle which sealed Napoleon's fate.

He was severely injured but went on to recover. His medals are now being sold by a private collector in London.
Bournemouth News 3 Mar 2021 2995x1516 / 2.6MB