Add to Lightbox
Image 1 of 1
BNPS_LedZeppelinArt_01.jpg 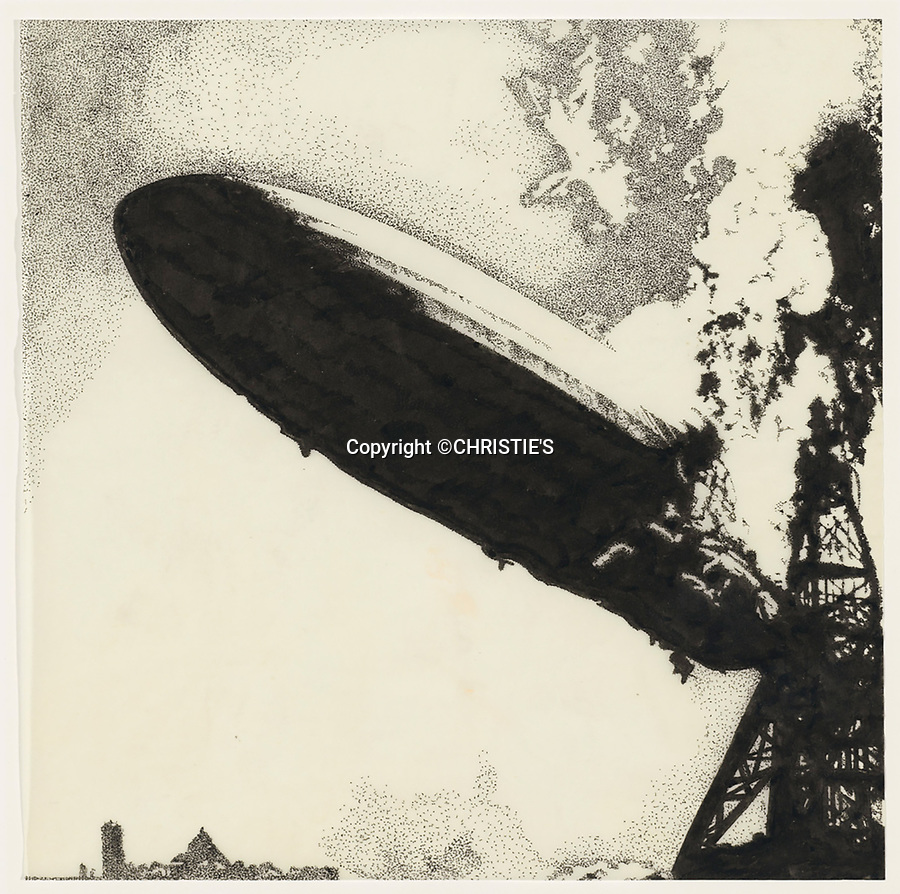 An artist who was paid £60 to produce the iconic cover for Led Zeppelin's debut album has sold his original tracing drawing for it for £260,000.

George Hardie's stipple tracing of the Hindenburg Zeppelin airship disaster became one of the famous pieces of art work in rock and roll history.

He used the stipple tracing technique - marking a work with small black dots - to create an image similar to a low-resolution newsprint photo.