Add to Lightbox
Image 1 of 1
BNPS_HitlerYouthHolsInBritain_020.jpg 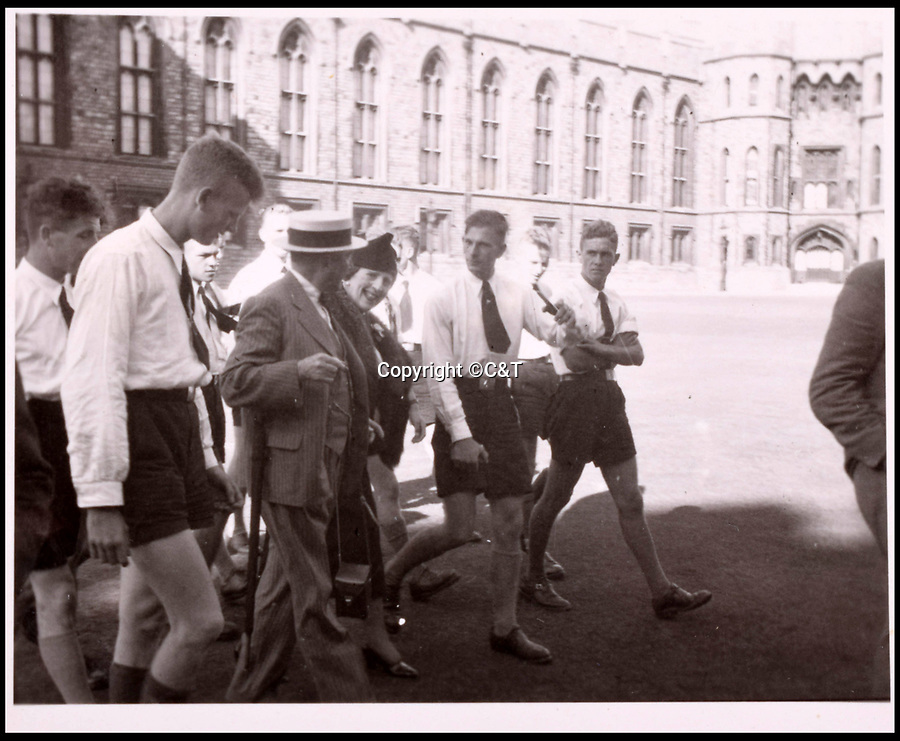 With Admiral Domvile visting a college in Oxford.

They also witnessed the changing of the guard, had their photo taken with a Beefeater at the Tower of London and posed under the new red white and black German flag brought in by Hitler flying in a London street.
©C&T 25 Sep 2018 3603x2963 / 866.7KB