Add to Lightbox
Image 1 of 1
BNPS_DianaLettersSold_15.jpg 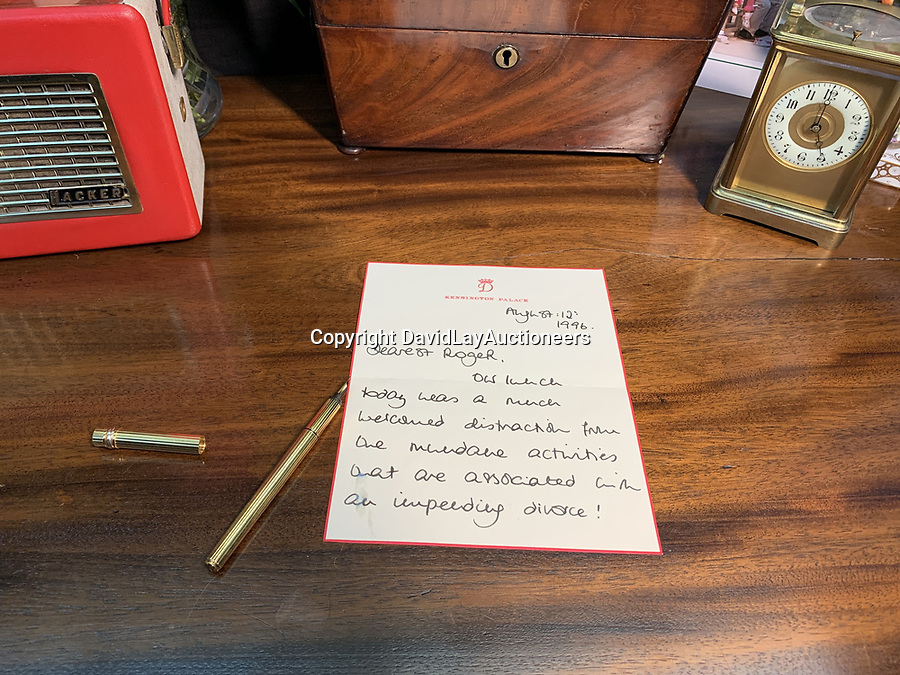 Pictured: A thank you letter, for being taken her out for lunch which she said had been a 'much welcome distraction' from her impending divorce to Prince Charle in August 1996, sold for over £7,800.

The never-before-seen correspondence was with family friend Roger Bramble who she regularly turned to for support to get her through some of the worst times of her life.
DavidLayAuctioneers 18 Mar 2021 3000x2250 / 1.6MB