Add to Lightbox
Image 1 of 1
BNPS_NelsonsQuill_02.jpg 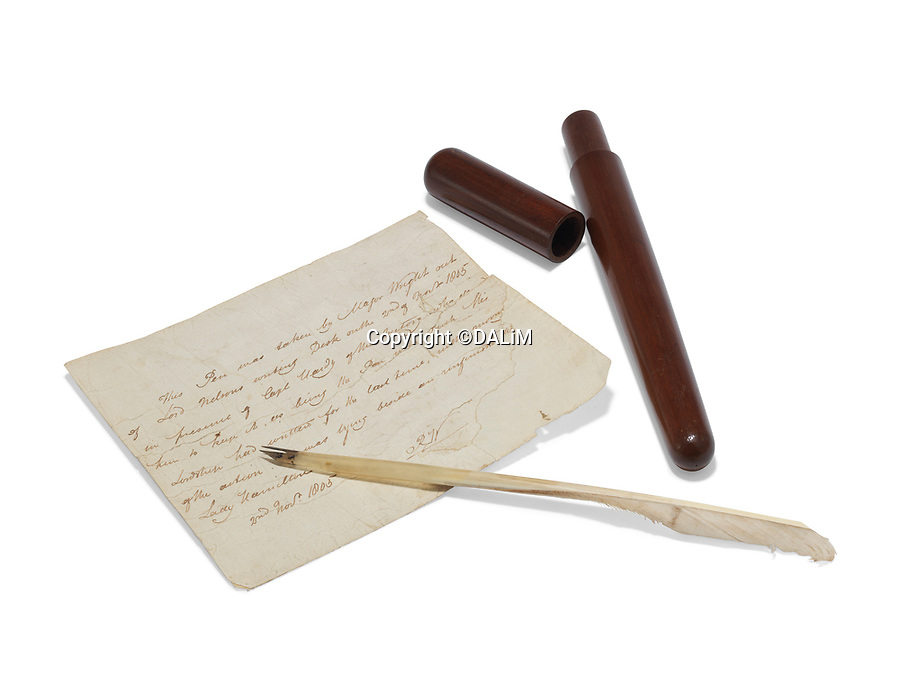 The humble quill pen with which Admiral Lord Nelson wrote his last, unfinished letter on HMS Victory has sold for £10,000.

Two days before the Battle of Trafalgar, the British naval hero sat down at his writing desk in his cabin and poured his heart out to his lover, Lady Emma Hamilton.

He expressed his deep love for her and their daughter Horatia, stating how he hoped to finish the letter after the battle.