Add to Lightbox
Image 1 of 1
BNPS_UnseenBowieSnap_02.jpg 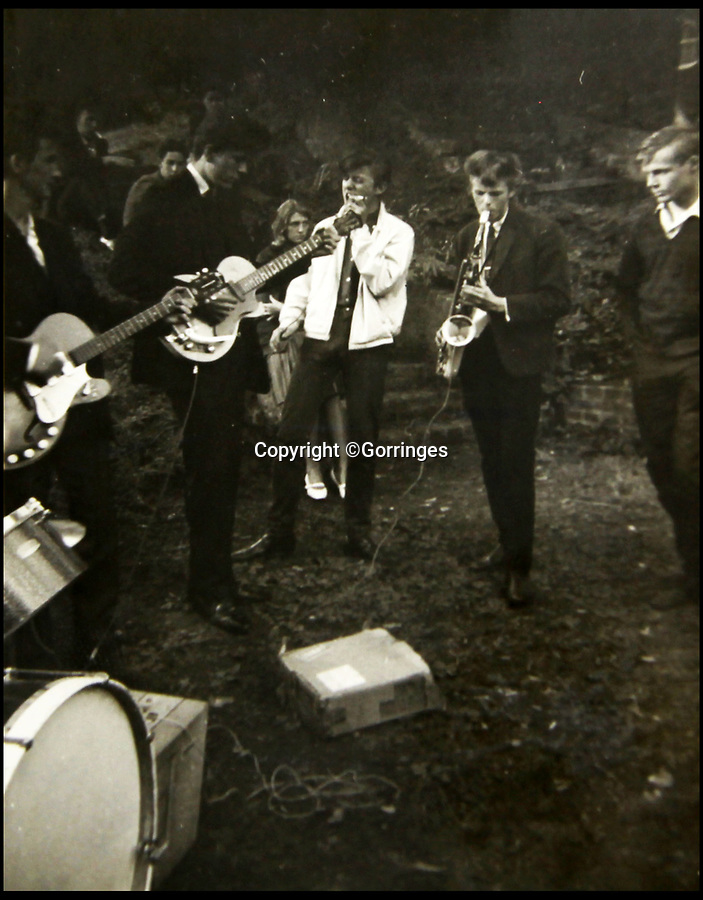 Unseen picture of a fifteen year old David Bowie playing a saxophone in his first ever band.

A never before seen photograph of a 15 year-old David Bowie playing the saxophone in his first band has been unearthed after 55 years.

The late music icon formed the Konrads in 1962 who played halls, clubs and pubs in and around Bromley in south east London.

He had yet to adopt the 'Bowie' persona so he was still known as his real name Davy Jones.

The photo was taken by Sue Beal, 69, who saw him play at her local youth club in Keston.

The retired former secretary, from Uckfield in Kent, has decided to put the unpublished photo which she has treasured for more than five decades up for auction and it is tipped to sell for £80.
©Gorringes 11 May 2017 1631x2087 / 355.0KB