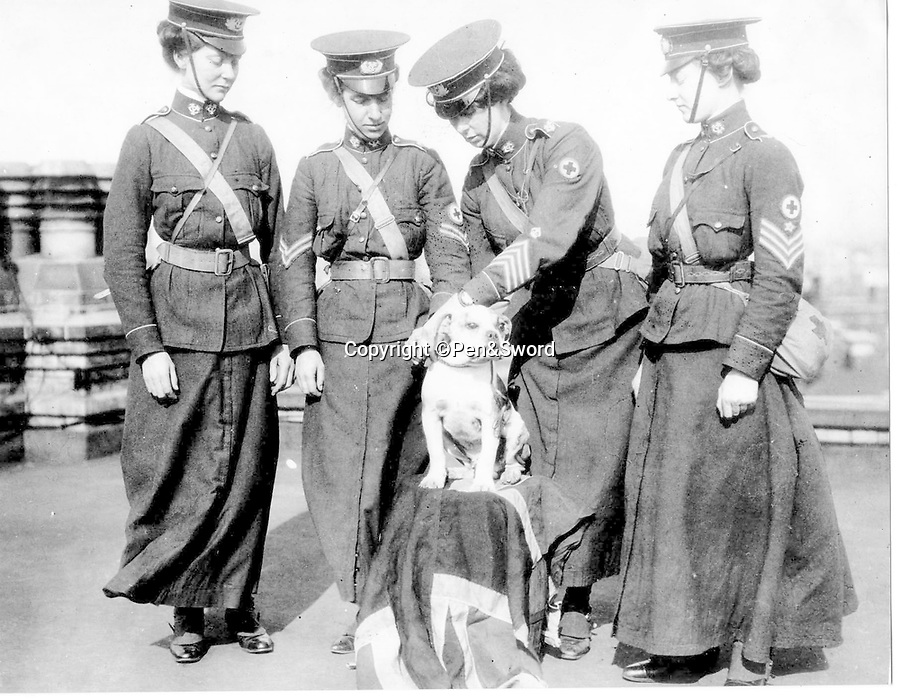 PICTURED: The First HQ: Grace Ashley Smith (with dog) and three other F.A.N.Y.s on the roof of Gamage’s department store in Oxford Street, c. 1911. They were teased by passers-by in the street below.