Add to Lightbox
Image 1 of 1
BNPS_JamesBondHeavenHome_09.jpg 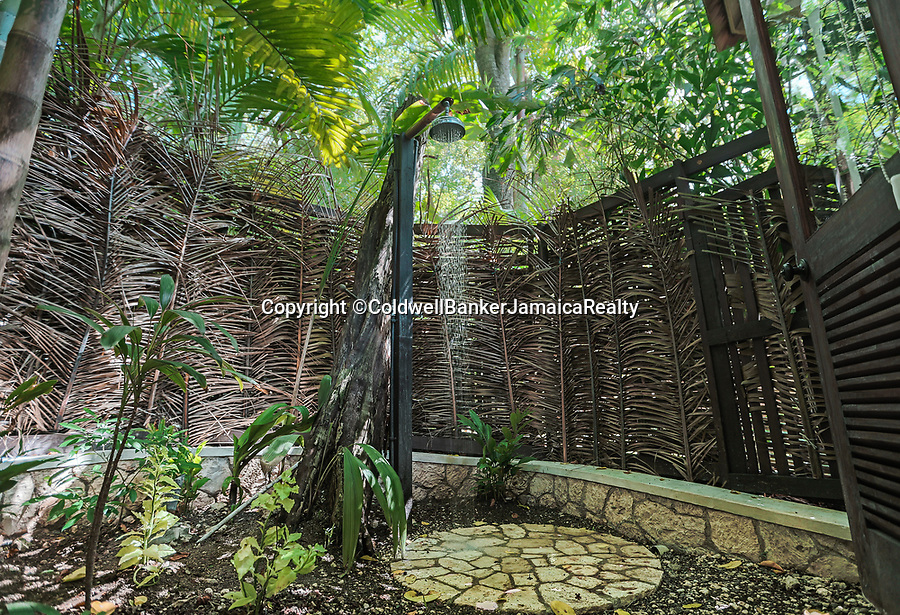 A paradise villa nestled in the grounds of James Bond creator Ian Fleming's Jamaican estate has emerged on the market for £3.6million ($4.75m).

Strangeways is on the historic estate of GoldenEye, a parcel of 15 acres of land Fleming bought in 1946 on the island's north shore.

The legendary British author who died in 1964 used it as an idyllic writing base, bathing in the ocean then sunbathing in the garden before picking up his pen and getting to work for the day. Jamaica features prominently as a location in both the first James Bond film, Dr No, and the upcoming No Time To Die.

The Strangeways compound, consisting of a main two storey house, two cottages and a kitchen building, sits on top of a cliff with sweeping ocean front views of the Caribbean.