Add to Lightbox
Image 1 of 1
BNPS_EdwardianObsessions_12.jpg 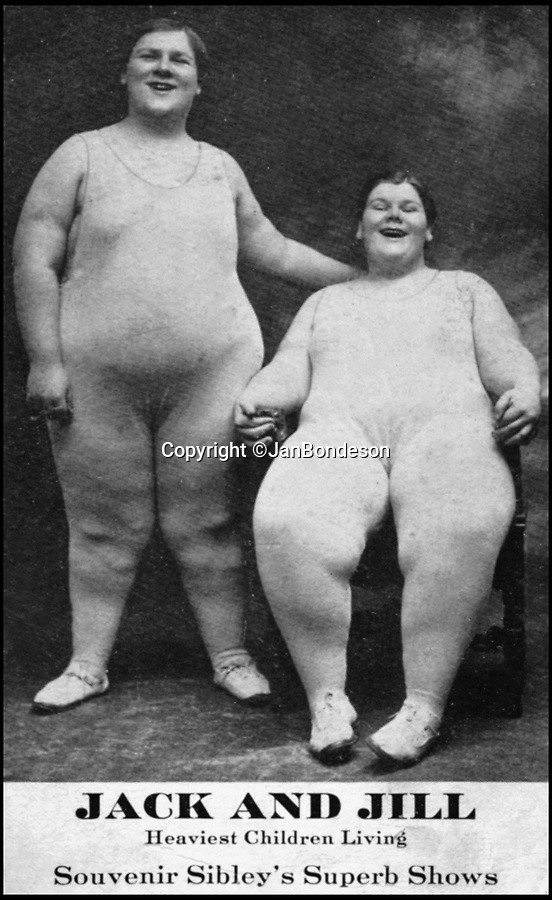 The extraordinary story of the Fat Boy of Peckham is told in a new book which sheds new light on the unpalatable Edwardian obsession with the 'freak show'.

Rotund youngster Johnny Trunley became a major celebrity in the early 20th century because of his size and even toured Europe with Buffalo Bill.

Trunley's tale was not unusual as late-Victorians and Edwardians were fascinated with people who were different to the norm, with obese children, giants, dwarfs, Siamese twins and hairy men were paraded on stage and at circuses.

Historian Dr Jan Bondeson has highlighted some of the most unusual and remarkable tales from a bygone age in his new book, The Lion Boy And Other Medical Curiosities.
©JanBondeson 18 Jan 2018 1324x2161 / 529.9KB