Add to Lightbox
Image 1 of 1
BNPS_UnseenAswanDamAlbum_012.jpg 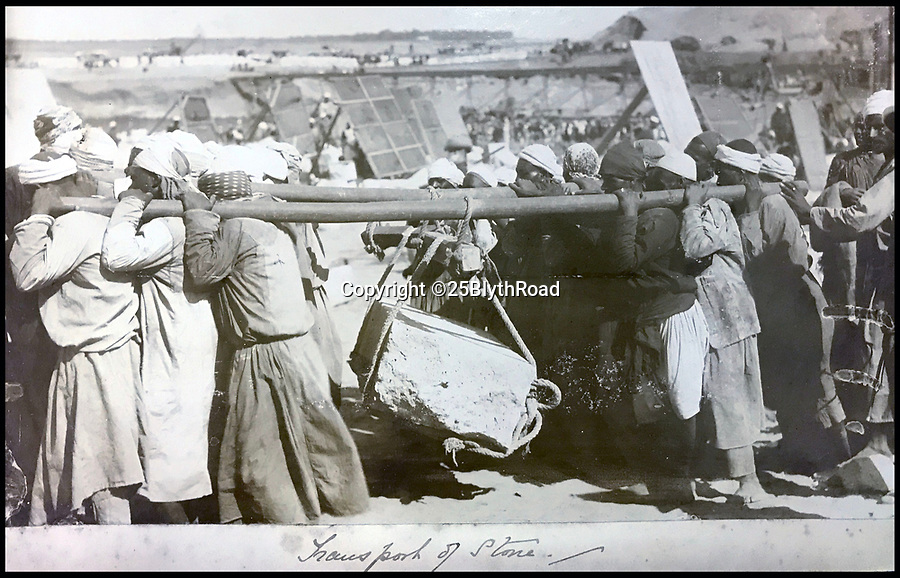 Huge limestone blocks were cut and transported to the dam using methods that would have been familiar to the builders of the Pyramids.

An unseen album of pictures reveal the epic construction work on the first Nile dam at Aswan in 1900.

Built by British engineers with a workforce of thousands not seen in Egypt since the time of the Pharaohs. The scheme was the largest construction project in the world at the time.