Add to Lightbox
Image 1 of 1
BNPS_FireArial_03.jpg 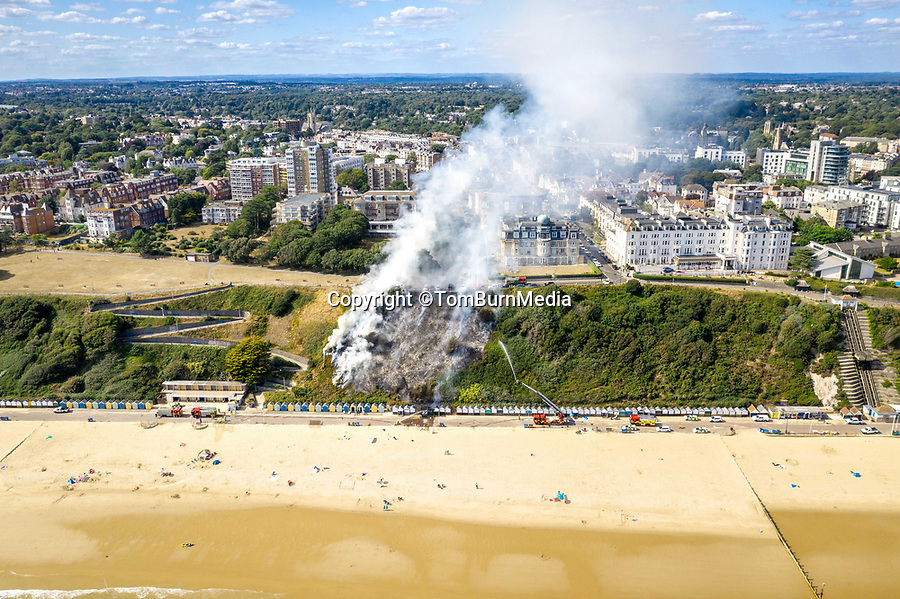 Fire crews putting out the blazing the blaze yesterday

The owners of the beach hut which was destroyed in a fire that set a seaside cliff ablaze have today told of their horror.

The fire erupted after Fiona Tew boiled a kettle on the hob of her cabin to treat her young nephew's suspected fish sting.

Within moments the 8ft by 6ft hut on the promenade at Bournemouth beach in Dorset was fully alight and a loud 'popping' noise heard from inside.

The flames spread to two huts to the right of it, completely destroying one, as well as the grassy cliff behind it. Due to the gorse being tinder-dry and a strong southerly breeze fanning the flames, a huge 100ft long strip of the sloping cliff was set alight.