Add to Lightbox
Image 1 of 1
BNPS_BruceLeeLetters_02.jpg 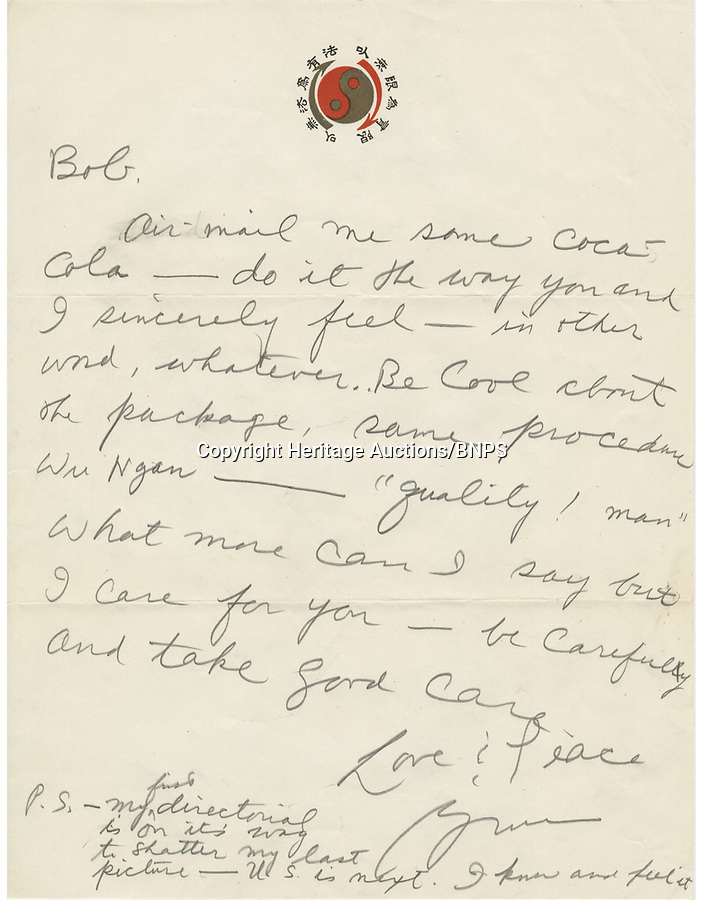 While it was whispered in Hollywood that Lee partook in illicit substances in the early 1970s, these previously unseen letters not only confirm those rumours but reveal his dependence on cocaine and other hard drugs.

The letters were bought by an anonymous collector in a US flea market, who is today celebrating after they doubled their pre-sale estimate with Heritage Auctions, of Dallas, Texas.
Heritage Auctions/BNPS 7 Jul 2021 2295x2939 / 718.2KB